She has worked with several modeling agencies including Elite Models, in Miami, Elite Models in Amsterdam.

Jacqui Ainsley is married to filmmaker Guy Ritchie. They married on 30 July 2015. The pair began dating in 2010.

In addition, they have three children from this relationship, son Rafael, daughter Rivka, and son Levi.

previously dated Pop Idol runner-up Darius Danesh. They were together for about2 years from 2002 to June 2004.

She had romance rumors with Russell Thomas. 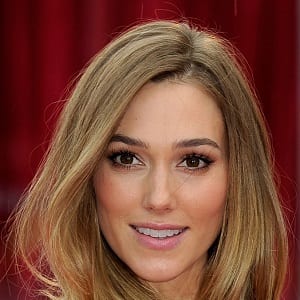 Who is Jacqui Ainsley?

Jacqui Ainsley is an English model. Throughout her career, she has worked with several modeling agencies including Elite Models, in Miami, and Elite Models in Amsterdam.

She played Joy Models in Milan, Starz People in Hong Kong, and Heffner Management in Seattle among others.

Ainsley was born in the United Kingdom on November 28, 1981, to parents Janet and Robert. Her father is a film teacher and her mother is an English teacher.

She became interested in the world of modeling in her childhood years. She is of English nationality. Furthermore, there are no details available regarding her ethnic background at present.

Talking about her education, Ainsley attended Essex University for accounting. However, she later dropped her courses and decided to pursue a career in modeling.

Ainsley initially signed with Premier Model Management. Additionally, since then, she has worked with several agencies around the globe.

She has also appeared on the covers of You Magazine, GP Live, Night & Day, Stuff, and The Sunday Times Travel among others.

As an actress, she has appeared in movies and video games including ‘King Arthur: Legend of the Sword’, ‘Heavy Rain’, and ‘Shaken Not Stirred’ among others.

Jacqui Ainsley- Net worth and Salary

Ainsley has not revealed her current salary. Furthermore, her estimated net worth at present is $4 Million(2022).

Jacqui Ainsley has been part of numerous controversies over the years due to her husband’s ex-lovers. She became part of a controversy after Madonna‘s lawyers clashed with Rocco over Ainsley’s presence in court during a custody dispute in March 2016.

Talking about her body measurement, Jacqui Ainsley has a height of 5 feet 9 inches (1.75 m). Additionally, she weighs around 51 kg (112 lb). She has a measurement of 34-24-35 inches. Furthermore, her hair color is and her eye color is dark brown.

Ainsley is active on Instagram. She has over 30k followers and has posted more than 900 times. However, she does not have her official Twitter and Facebook accounts.