Jada Pinkett Smith is an actress, dancer, singer-songwriter, and businesswoman.

Jada Pinkett Smith was initially in a relationship with Late American Rapper Tupac Shakur from 1986 to 1989. Then, she dated Wesley Snipes in 1991 and Grant Hill in 1993.

Jada met Will Smith in 1994 on the set of Smith’s television show ‘The Fresh Prince of Bel-Air’. They began dating in 1995. Later, on December 31, 1997, about 100 guests attended their wedding at The Cloisters, near her hometown of Baltimore, Maryland.

The pair has two children from the marriage Jaden and Willow. She is also the stepmother of Trey Smith, Will’s son from a previous marriage.

Will Smith – Supportive or Possessive husband?

During the 2022 Oscar telecast, a heated incident happened between Chris Rock and Will Smith.

Will Smith slaps Chris Rock on the stage after Rock made a joke about Jada Pinkett Smith being in “G.I. Jane” because of her shaved head. 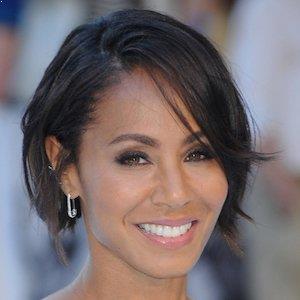 My belief is that communication is the best way to create strong relationships.

I'm extremely ambitious. I don't know why people are afraid to say that. I won't sell my soul to the devil, but I do want success and I don't think that's bad.

We all think there is a formula, (but) as long as we love our children, that's really the only solid thing I know that works across the board.

Who is Jada Pinkett Smith?

Smith was born in Baltimore, Maryland on September 18, 1971, to parents Adrienne Banfield-Jones (mother), and Robsol Pinkett, Jr. (father). Additionally, she also has a younger brother, actor/writer Caleeb Pinkett. She became interested in the world of acting in her childhood years.

She is of American nationality. Furthermore, she belongs to a mixed ethnic background of African-American, Afro-/Creole-Barbadian, and Afro-/Creole-Jamaican.

Talking about her education, Smith attended the Baltimore School for the Arts. She majored in dance and theatre and graduated in 1989. Additionally, she continued her education at the North Carolina School of the Arts and became fully invested in pursuing her acting career.

Jada Pinkett Smith initially began her acting career in 1990, when she starred in an episode of ‘True Colors’. Next, she appeared in a television pilot for a supernatural drama titled ‘Moe’s World’.

Later, she received guest roles in television shows such as ‘Doogie Howser, M.D.’ and ‘21 Jump Street’. Since then, she has appeared in numerous other movies and television series. All in all, she has over 40 credits as an actress.

Some other movies and television series that Smith has appeared in are ‘Gotham’, ‘Girls Trip’, ‘Bad Moms’, ‘Magic Mike XXL’, ‘Men in Black 3’, ‘Hawthorne’, ‘Merry Madagascar’, ‘The Human Contract’, ‘The Women’, ‘Reign Over Me’, ‘Collateral’, ‘Matrix Revolutions’, ‘The Matrix Reloaded’, ‘Kingdom Come’, ‘Bamboozled’, ‘Return to Paradise’, ‘A Different World’ and ‘Menace II Society’ among others.

Additionally, she also has more than 10 credits as a producer and 6 credits as a writer. Furthermore, under the stage name Jada Koren, Pinkett Smith formed the metal band Wicked Wisdom in 2002.

Smith won the Interactive Achievement Award in 2004. Additionally, she has also won the Glow Award. Furthermore, she has received the nomination for BTVA Feature Film Voice Acting Award, BET Award, BET Comedy Award, and Black Reel Awards among others.

Smith has not revealed her current salary. However, she has an estimated net worth of around $50 million as of 2022.

Furthermore, she and her husband Will also became part of another controversy after they decided to fund the now-defunct New Village Leadership Academy, a private elementary school located in Calabasas, California.

The school employed teachers dedicated to Scientology and featured controversial methodologies like Study Technology, created by the Church of Scientology Founder L. Ron Hubbard. At present, there are no rumors concerning her life and career.

Recently, August Alsina claimed that he has an affair with Jada. However, she claimed this news is not true.

Talking about her body measurement, Jada Pinkett Smith has a height of 4 feet 11 inches. Additionally, she weighs around 50 kg.