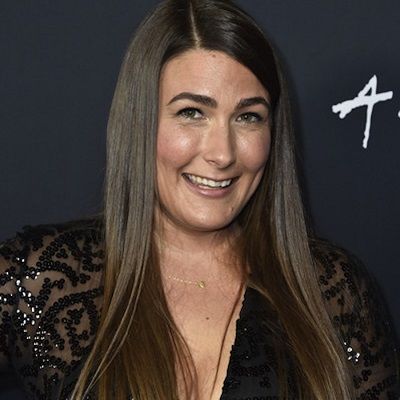 She has a good bond with her former band members. Similarly, she shares her childhood picture on her Instagram.

Who is Jade Castrinos?

Jade Castrinos is a professional American folk singer. Jade is also a guitarist and songwriter.

She is best known as the former co-founder, songwriter, musician, and vocalist of band Edward Sharpe and the Magnetic Zero.

As of 2019, she and Jakob Dylan performed in Dedicated to the One I Love in Jimmy Kimmel Live.

Jade Castrinos was born in Los Angeles, California and spent most of her childhood in Las Flores Canyon, Malibu.

She experienced natural calamities like floods, fires, and earthquakes living in California.

When she was six years old, she carved her name on her dad’s guitar. She started writing songs and singing in her father’s band when she was 11 years old.

She takes her father and mother as her inspiration and is grateful for their love and support.

Jade joined the band Edward Sharpe and Magnetic Zeros as a singer, guitarist, and songwriter. It became an official band in 2007 and was led by Alex Ebert.

Their first show was played on 18th July 2007, at The Troubadour in West Hollywood, California.

Similarly, they released their first album, Up from below on 7th July 2009 on Community Records.

On 29th May 2012, they released their second full-length album, Here. Their third and fourth albums were Edward Sharpe and the Magnetic Zeros and PersonA.

In the year 2014, she left the band. Since then, she is a solo artist. Presently, she is working with Jakob Dylan.

She is a brown-eyed-brunette with a tall height.