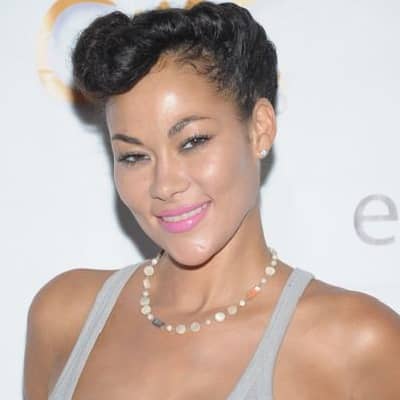 Jade Cole at present is possibly single. The details about her boyfriend or affair are not published.

Who is Jade Cole?

Jade Cole is an American supermodel. She is also a television personality who rose to fame after appearing on America’s Next Top Model (ANTM) Cycle 6.

At present, she is signed with Elite Model Management.

She was born as Jade Chantel Cole on 19 June 1979 in Pittsburgh, Pennsylvania, U.S. The names of her father and her mother are not revealed.

Regarding academics, she attended Eastern Kentucky University but never completed her studies due to her career.

Jade Cole appeared in America’s Next Top Model in 2006 with other contestants Kathy Hoxit, Wendy Wiltz, Gina Choe, and more.

However, Jade did not win the competition and came as a second runner-up. During her time in ANTM, she was recognized as an obnoxious, self-absorbed, and flamboyant contestant.

After this, she was approached in the All-Stars Cycle 17. But due to the disagreement on the contract, she dropped appearing on it.

As a model, she is very successful. She featured in Stuff, Fader, Elle Girl, Trace, Arena, Black Men, She Caribbean, Intouch, Brides Noir, and Vibe.

She has a net worth of $1 million (estimated) at present. However, her salary and other earnings from her modeling career are unknown.

She runs her own production company, Biracial Butterfly Productions. Some of the top model’s financial worth is,

Regarding Jade Cole’s body features, her height is 5 ft 9 inches and her body weight is average. Moreover, her eyes are dark brown plus her hair is black.