Updated On February 1, 2023 | Published By: Gracie Hale
Share this
Single 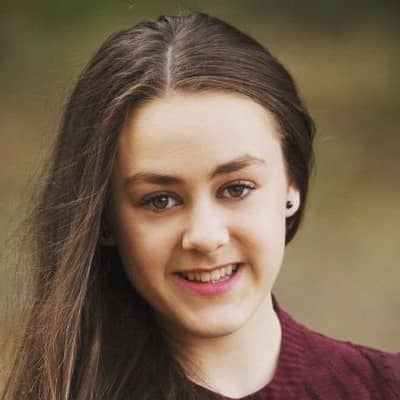 What is the relationship of Jade Kilduff?

Presently, Jade Kilduff doesn’t seem to be in any love affairs. She is also young to be in any romantic relationship.

So, she is possibly single. In further days, if she revealed anything regarding her love life then we will update it.

Who is Jade Kilduff?

Jade Kilduff is renowned as a British actress and social media personality. She rose to fame after playing the role of Thalia Blanco on Shameless.

The actress is also known for her performance in the 2020 Britain’s Got Talent along with ‘Sign Along With Us’.

How many siblings does Jade Kilduff have?

Jade was born on March 28, 2001, in Haywood, England. She is of British nationality whereas her ethnicity is unknown.

Kilduff was born to her father Neil Kilduff and her mother Diana Kilduff. She has four siblings, three sisters and one brother. She is the eldest one among four.

Her sister is Molly Kiduff, Lucy Kiduff, Candice Farrar, and one brother named Christian Kilduff. However, her brother has cerebral palsy, a brain injury called HIE, and visual impairment.

Moving towards his academic history, she might be in high school. But she hasn’t revealed her academic institution names.

In 2004, Jade made her first on-screen debut through the British comedy series, ‘Shameless’ portraying the role of Thalia Blanco.

Likely, she appeared in the 2010 television series, Accused in the role of Chloe Armstrong. The series has featured popular personalities like Christopher Eccleston, Juliet Stevenson, Andy Serkis, and other casts member.

Besides film, she is also a popular social media personality who is best known for her Tiktok videos and YouTube channel. Moreover, she collaborates with the Scream Management agency.

Sing Along With Us

Similarly, In the year 2020, she participates in Britain’s Got Talent alongside her ‘Sign Along With Us‘ group. After the group performances, they got a golden buzzer from David Walliams.

She started the journey for her disabled brother who would never be able to communicate but when she starts singing with him and eventually after 18 months he signed back.

Since then, she had hope and decide to set up Sign Along With Us and started posting signing videos online along with his brother from where the group formed.

To date, She has not been part of any sorts of rumors and scandals that created headlines in the media. Besides, she stays miles away from such controversial acts.

How much is the net worth of Jade Kilduff?

As per other online sources, she has an estimated net worth in the range of $500 thousand to $700 thousand.

Also, she earns around $228 to $3.7 thousand annually through her Youtube channel.

The actress stands at the height of 5 feet 2 inches tall and has an average weight of 50 Kg.

She has a beautiful dark brown pair of eyes and has a blonde hair.

Similarly, she wears a bra cup size of 32 BB and her shoe size is 5.5 (US). Moreover, her other body measurement is unknown.

Kilduff is active on Instagram where she has more than 84.5k followers. She is also one of the popular TikTok stars who has over 623.6k followers on her Tiktok account.