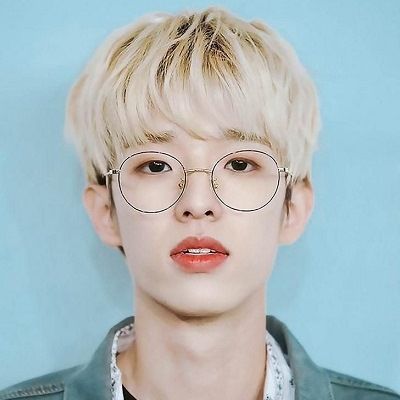 Jae is a Korean-American singer, musician-composer, rapper, and songwriter. Likely, he is the lead vocalist, electric guitarist as well as the face of the South Korean rock band ‘Day6.’

Jae-Hyung Park was born on  September 15, 1992, in Buenos Aires, Argentina and he is currently 26 years old. His father’s name is unknown and his mother’s name is Park Kyung-Nam. He moved to South Korea for two years when he was five years old, and later moved to Cerritos, California.

There is no information about her siblings. Jae holds Argentina- American citizenship, but his ethnicity is unknown. His birth sign is Virgo.

Talking about Jae’s education history, he studied at the ‘Cerritos High School’ and formed a debate club in his school. After graduating, he joined the California State University, Long Beach, and chose to study political science.

Talking about his profession, he left his studies and moved to South Korea when he got selected in the preliminary auditions of South Korean reality competition TV series, SBS’s ‘K-pop Star.’ In this world-wide audition, 3 major entertainment agencies of South Korea scouted for potential K-pop stars.

Additionally, Park participated in the series and made it to the list of final 6 contestants before getting eliminated on April 1, 2012. However, he was signed on by ‘JYP Entertainment’ to an exclusive contract, along with another contestant Baek A-Yeon and the winner, Park Ji-min. In addition, Park is the lead vocalist and electric guitarist of ‘JYP’s’ first rock band, ‘Day6.’ The other band members of ‘Day6’ are – Yoon Do-woon, Kang Yeong-Hyun (Young K.), Kim Won-pil and Park Sungjin.

Jae trained for 3 years before joining the band. The band ‘Day6’ was earlier called ‘5LIVE’ and for the promotion of their song ‘Lovely Girl,’ the team appeared on the ‘Mnet’s’ reality survival program, ‘Who is Next: Win,’ in 2014. Likewise, Jae made his debut in the band on September 7, 2015. The band’s debut EP, ‘The Day,’ came out on that same day, with the release of its lead single, ‘Congratulations.’ The EP features six original tracks. Six months after their initial debut, the group made their official stage debut on March 31, 2016, on the music program ‘M Countdown.’

Similarly, the second EP by the band, ‘Daydream,’ was brought out on March 30, 2016, with the release of its title track, ‘Letting Go.’ This, too, featured 6 original tracks and Park was part of 2 of these songs, ‘Blood,’ and ‘First Time.’ On June 28, 2016, Park appeared as MC on South Korean English TV network ‘Arirang’s’ live music request talk show, ‘After School Club (ASC).’ His co-hosts on the program were Park Ji-min and Kevin Woo.

Whereas, from July 17, 2018, he was declared as the official MC of the show ‘ASC.’ He appeared as a guest DJ along with singer Bernard Park on ‘Arirang Radio’s Monday Music Access.’ On December 29, 2016, the band declared their new project, ‘Every Day6,’ through which they would release 2 songs every month for the entire year 2017. Under this project, the group released a number of singles, including ‘I Wait,’ ‘You Were Beautiful,’ ‘My Day,’ ‘How Can I Say,’ ‘Dance Dance,’ and many more. They also promoted these singles on the TV music program ‘M Countdown.’

In fact, ’Day6’ released their first full-length album, ‘Sunrise,’ on June 7, 2017. Its 14 tracks included the singles released from January to May and also two new ones, -‘Lean on Me,’ and the lead single, ‘I Smile.’ The group set out on a tour in 2017 and their ‘Day6 Live & Meet in North America 2017’ tour was hosted by ‘SubKulture Entertainment.’

Then, with the release of their second full-length album ‘Moonrise,’ the group concluded their monthly project (Every Day6) on December 6, 2017. In addition to their singles released from July to November, the album included title track ‘I Like You,’ and two more numbers. The ‘Every Day6 Finale Concert – The Best Moments,’ was held on March 3 & 4, 2018, at the ‘Olympic Hall.’ Eventually, Jae and his group commenced their nationwide tour, ‘Every Day6 Concert Nationwide Tour,’ in January 2018 and covered the cities of Busan, Daegu, and Daejeon.
Moreover, the first Japanese single of ‘Day6’ was released on March 14, 2018, marking their Japan debut. Their first Japan concert, ‘The Best day – Day6 1st Live in Japan,’ was held on June 13, 2018, at the ‘Tsutaya O-East’ in Tokyo.
Their second Japanese single, ‘Stop the rain,’ was released on July 25, 2018. Therefore, the third EP of Jae Park and ‘Day6’ titled ‘Shoot Me: Youth Part I,’ was released on June 26, 2018. It has a total of 7 tracks, including the lead number, ‘Shoot Me.’ The group’s first greatest hits album, ‘The Best Day,’ was brought out in June 2018, in Japan. The band’s first world tour, ‘Youth,’ began in November 2018 and would continue up to January 2019.

Jae has an estimated net worth of around $2 million and he has earned that sum of money from his professional career.

Jae has a height of 6 feet and he weighs is 65Kg. Jae’s hair color is blonde and his eyes color is black.