Jahan Dotson is currently single as of now and is not dating anyone.

Whereas he had a girlfriend in 2016 but her name has remained unclear. Dotson has yet to announce whether or not he is in a relationship. 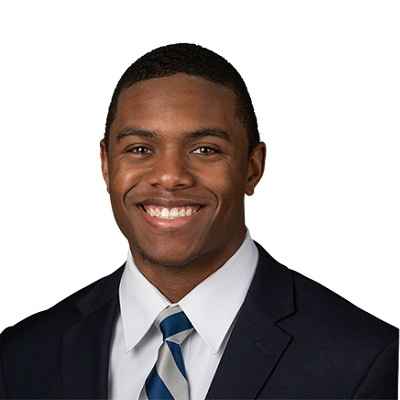 Who is Jahan Dotson?

He attended Penn State and was selected by the Commanders in the first round of the 2022 NFL Draft.

Jahan was born on March 22, 2000, in Newark, New Jersey. As of now, he is 22 years old. Talking about his nationality, he holds an American identity.

He was born to parents Al and Robin Dotson. Jahan’s parents, departed their home in New Jersey to support Jahan in his career endeavors.

Jahan’s mother, Robin Dotson, is a cancer survivor after being diagnosed with multiple myeloma, a bone marrow cancer.

In terms of education, he later attended Nazareth Area High School in Nazareth, Pennsylvania, before spending a year at the Peddie School in Hightstown, New Jersey, in 2016.

Dotson made four starts and appeared in eight games as a rookie in 2018, totaling 13 receptions for 203 yards. In 2019, he started all 13 games as a sophomore and had 27 receptions for 488 yards and five touchdowns.

As a junior in 2020, Dotson established himself as Penn State’s leading receiver. Dotson had eight catches, 144 yards, and three touchdowns against the Ohio State Buckeyes.

Dotson became the third Big Ten player since 2000 to score a punt return touchdown and 100 receiving yards in the same game against Michigan State.

He has touchdown receptions in six straight games during the final two games of the 2020 season and the first four games of the 2021 season, a Penn State record. In Penn State’s 2021 win over Maryland, he had 11 receptions for 242 yards and three touchdowns, shattering Deon Butler’s school record for receiving yards in a game.

Following the season, Dotson declared for the 2022 NFL Draft.

The Washington Commanders selected Dotson in the first round 16th overall of the 2022 NFL Draft. The team had the 11th pick before moving down and acquiring third and fourth-round picks later in the draft.

As a Football wide receiver, Jahan has gathered a huge sum of money from his career. As per the sources, he has an estimated net worth of approx $10million, while his exact earnings and income are not disclosed yet. He makes a comfortable and lavish lifestyle from his earnings.

Dotson has not been a part of any kind of controversy yet as he appears to be avoiding unwanted scandals and rumors. He does not engage with the media unnecessarily which creates drama.

Jahan stands tall at a height of 5 feet and 9 inches and weighs around 83 kgs. He has a dark skin tone with a pair of black eyes.

Moreover, he has short black hair.

Jahan is seen active on Instagram with 77.2k followers under the username @h55zy_. Whereas, he is not seen much active on other social networking sites.