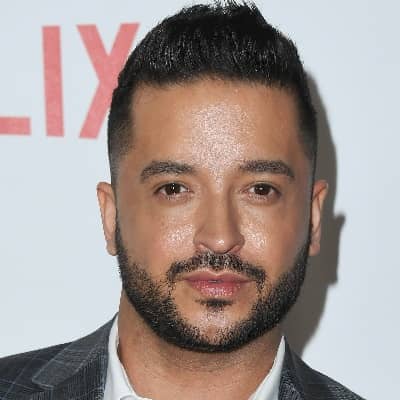 I've been looking forward to doing an album, but it's really sad to see how many doors have been closed because of the gay thing. I thought it was about the music.

I had said to some pastor that I was having thoughts, and the church turned on me. They went to my mom and said, So sorry about your son.

When Queer Eye hit, the church told my mom they were praying for me. She said, God loves him too. And I support him 100 percent.

Until now, he has not addressed anything regarding his love life. Additionally, he is also never caught dating anyone yet.

Who is Jai Rodriguez?

Jai Rodriguez is one of a popular American actor and musician. He is best known as the culture guide on the Bravo network television program Queer Eye for the Straight Guy.

Moreover, the series also won an Emmy Award. He has also co-authored a book with the other Queer Eye hosts.

The actor was born on June 22, 1979, in Brentwood, New York, United States. There is no information regarding his childhood, father, and mother.

He belongs to American nationality and is of Puerto Rican and Italian ethnicity.

Jai Rodriguez continued his Broadway career from the age of 18, appearing in shows like The Producers and Spinning Into Butter, and he created and performed the title role of  “Magical Matchmaker” Zanna in the Off-Broadway sensation Zanna, Don’t!.

Moreover, Jai became a star in the firmament of New York City nightlife when he created his long-running Twisted Cabaret, a concert series that ran for three consecutive years at one of New York City’s most notable hot-spots – Club XL.

In 2005, he created and performed a one-night stage show, “Jai Rodriguez: Xposed.” In Xposed, he has shared the story of Rodriguez’s life and struggles to come out to his religious family, and of his career on stage and in Queer Eye.

During Queer Eye interval, he joined the cast of The Producers on Broadway for three months, playing the role of Carmen Ghia. Furthermore, he played a different role, that of Sabu, in the 2005 Producers movie.

Jai returned to TV in dramatic roles on NBC’s Harry’s Law, ABCs Detroit 187, and Days Of Our Lives. He also plays Wayne Brady’s husband Tom on CBS hit How I Met Your Mother.

Other roles include guest star appearances on NBC’s Are You There Chelsea?, Foxs Bones, and as a transgender woman Amanda Knott on NBC’s Harry’s Law.

Moreover, Jai stared as “Geoffrey” on ABCs comedy Malibu Country opposite Reba McEntire and Lily Tomlin making him the first male to garner fame from a reality series to become a series regular on Network TV. This past Christmas Jai starred opposite Kelly Clarkson in her NBC Christmas Special; Kelly Clarksons Cautionary Christmas Tale.

In addition, he played the role of Angelo Ferraro, a leading cast member in the 2009 feature film Oy Vey My Son Is Gay!! alongside Carmen Electra and Lanie Kazan.

Working regularly as an authority in culture and style, Jai has hosted for a veritable grab-bag of lifestyle entertainment programming including Styleyes Miami (SiTv), America’s Prom Queen (ABC Family), Bravo on With the Show, Ultimate Style (Style Network), two consecutive season’s of Groomer Has It (Animal Planet), and Model Latina (SiTv).

Rodriguez establishing his music career and develop his professional musical endeavors on stage and as a recording artist.

He has performed his one-man shows Xposed, My Truth, and Dirty Little Secrets in Los Angeles, Miami, San Diego, and New York. In the year 2002, he created his own musical cabaret show, titled Monday Night Twisted Cabaret. Further, he performed in Twisted Cabaret between 2004–2006.

He is also an advocate for issues he is passionate about and works with organizations like the NOH8 Campaign, Aids Walk, Project Angel Food, the Trevor Project and Love is a Louder campaign that fights against bullying.

The actor has an estimated net worth of $3 million. Other information regarding his salary and earning is not available.

He hasn’t been in an incident that could create any rumors about her. Furthermore, the actor is also far from being in any controversy until now.

Jai Rodriguez stands with a height of 5 ft 8 inches and a decent weight. Likely, he has black colored hair with dar brown colored eyes.