Who is Jaiden Dittfach Dating?

Jaiden Dittfach appears to be single at the moment, although this hasn’t been confirmed. She is seen as being more concerned about the further progress and development of her professional career.

However, she shares an amicable bond with several YouTubers like TheOdd1sOut, TimTom, and SomeThingElseYT. 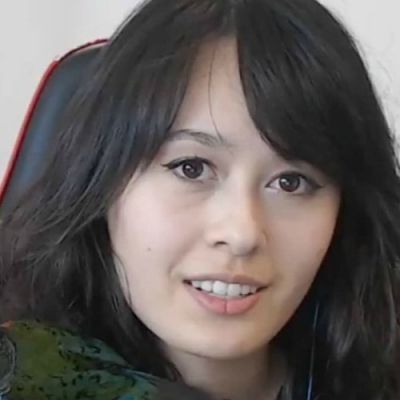 Jaiden Dittfach aka Jaiden Animations is a YouTuber, social media star, and animator who hails from America. She is popular for her real-life animated stories, which use posts on her Youtube channel named, ‘Jaiden Animations.’

The Youtube star was born on September 27, 1997, in the United States of America. As of 2022, she is 25 years old holding an American nationality. Similarly, she is of Japanese ethnicity.

Jaiden is of half-American and half-Japanese ethnicity. She was born and raised by very supportive parents,  She has a brother named

Her birth name is Jaiden Kiyomi, while the name of her father and mother is Hugo Dittfach III (Dad) and Lynn Dittfach (Mom). She also has a brother, Jaxon (JAX).

Further details of her educational life have not been shared by her.

From her childhood, she had an interest in drawing and animations. Later she took the initiative to convert this interest into her career and created her Youtube channel on February 17, 2014.

Then, on July 24, 2014, she posted her first animated video with the title, Jaiden Animations Intro. As of July 3, 2022, the video has garnered more than 5 million views.

Similarly as of July 3, 2022, among all of her Youtube videos, the video with the title, ‘I Attempted my First Pokemon Nuzlocke‘ is her video with the highest views of 80 million.

Similarly, the video titled, ‘I Attempted a Pokemon Platinum Nuzlocke’ is her second most viewed Youtube garnering more than 47 million videos.

The other videos of her with an impressive number of views include, What my trip to Japan was like, Things that Happened While I Grew up, My Childhood Stories, Crazy Substitute Teachers, and many others.

Jaiden Dittfach’s video is getting famous, especially among the youths for its unique content. She makes animated videos based on her real-life stories, where she is found discussing relationships, depression, and anxiety.

She creates animated video related to her personal life that tells the story about different topics like relationship, anxiety, depression, and so on.

Furthermore, she rose to prominence after doing a collaboration with other famous YouTubers like iHasCupquake, TonyvToons, and TheOdd1sOut. As of July 2022, her Youtube channel reached the milestone of 11.3 million subscribers.

Contrasting with 2022 her estimated net worth is around 1 million USD. Other than that, she additionally endures her Youtube ad, Instagram posts, and collaboration with other celebrities.

Jaiden posted a video titled, Being Not Straight on March 20, 2022, which got her limelight regarding her sexuality. In the video, she revealed her sexual journey and claimed that she identifies as AroAce, an acronym for Aromantic-Asexual.

Jaiden added that she’s never been ‘magnetically attracted to the look of a single person.’ In the beginning, she used to think of herself either as bisexual or pansexual and after discovering that, Jaiden was AroAce, she felt totally relief.

In conclusion, she stated that her video might be helpful for people to talk about their sexualities.

Jaiden Dittfach is aromantic asexul, who stands at the height of 5 feet 5 inches. She weighs around 55 Kg while other body measurements including, height, weight, and hip size are not available at the moment.

Similarly, the beautiful Youtuber has a fair skin tone, with a pair of brown eyes and dark brown hair.

Likewise, her Twitter account has garnered around 1.5 million followers. On top of that, Jaiden has a Youtube channel, @Jaiden Animations, which is enriched with over 11.3 million subscribers.

Apart from these, She also owns a Tiktok account, that has about 251.4K followers with 1.9 million likes.