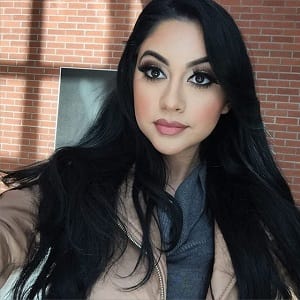 Jailyne Ojeda Ochoa is currently believed to be single. There are no records available regarding her past and present relationships. She seems to be more focused on her career at present.

Who is Jailyne Ojeda Ochoa?

Jailyne Ojeda Ochoa is an American fitness model. She has a massive fan following on the social site, Instagram with more than 8M followers. Additionally, she has also appeared in several commercials and music videos.

Ochoa was born in Arizona on January 9, 1997. Additionally, she has a younger brother named Johnny. Most of the information about her early life and childhood is not available at present.

She is of American nationality. Furthermore, there are no details available regarding her ethnic background at present.

Talking about her education, Ochoa graduated from the University of Arizona. Additionally, she also attended the Barbizon Modeling and Acting School.

Jailyne Ojeda Ochoa has made a name for herself as one of the most successful Instagram models. Currently, the South West Modeling agency represents her. Additionally, she also appeared in the music video for the Alfredo Olivas song ‘Tus Lagrimas’. In addition, she has also drawn comparison to Kim Kardashian.

Furthermore, Ochoa also has a personal website and an online store. In the store, one can get themed accessories like iPhone and tablet cases and posters. Additionally, she also launched her own ‘Hottest Photos Calendar’ in 2017.

She has also featured on the ‘Fitness Girls’ YouTube channel and has launched her own iPhone app, ‘JLeanStore’.

Ochoa has not revealed her current salary. Furthermore, there are no details available about her estimated net worth at present.

There was a rumor that Ochoa might have had cosmetic surgery of some sort. However, Additionally, she was also accused of photoshopping her pictures on Instagram. At present, there are no rumors concerning Ochoa and her career.

Talking about her body measurement, Jailyne Ojeda Ochoa has a height of 5 feet 5 inches (1.65 m). Additionally, she weighs around 71 kg.

She has a measurement of 37-26-42 inches. Furthermore, her hair color is black and her eye color is brown.