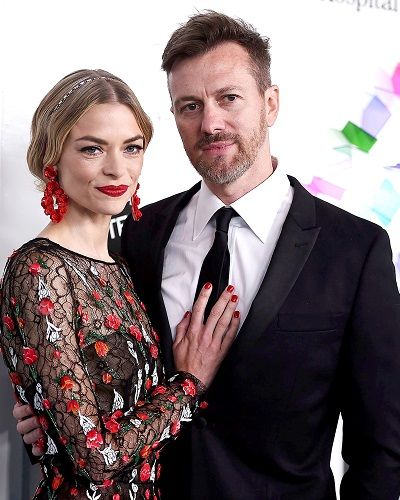 Jaime King and Kyle Newman’s 12 years of marriage is coming to an end. Jaime has filed for divorce and requested a restraining order against her husband. She filed for the legal documents in Los Angeles on 18th May 2020.

Likewise, a judge approved the order to be held until a hearing on June 8. Jaime filed for an emergency motion related to child custody and visitation was denied without prejudice.

She has also filed for a domestic violence prevention petition against the director. They are not together in this coronavirus outbreak. Jaime is in California whereas her husband is in Pennsylvania with their children. As per the source, they are taking some time apart to focus on themselves,

“He’s [Kyle] been staying with his family for months and is leaning on them for support,”

Also read The reason why the application for emergency divorce of Mary-Kate Olsen from husband Olivier Sarkozy was denied!

The two met each other in a movie set. Jaime flew into New Mexico in January 2005 to film a cameo in his Star Wars-centric comedy, Fanboys.  They started dating three months later.

“I don’t know why, but some part of me was instantly connected to him, and I loved him so much,”

“We started hanging out all the time,”

They were very close after a week. Newman proposed her in April 2007 in Greystone Park in Beverly Hills. She said,

“We always knew we wanted to get married there,”

Their buffet dinner was catered by their favorite local restaurant Urth Caffe. they cut a  three-tier berry-and-coconut cake adorned with roses that matched the bride’s bouquet.

She was barefoot wearing an Italian silk faille gown by Calvin Klein Collection for the laid-back affair. Together they have two children. Their son James Knight Newman was born on 6th October 2013. Likewise, their second son Leo Thames Newman was born on 16th July 2015.

Jaime said that she had suffered five miscarriages and was even diagnosed with polycystic ovary syndrome and endometriosis before finally having her first child.

How much is Jaime King’s net worth?

Jaime King has an estimated net worth of $8 million. She started her modeling career from the age of 14. King has appeared in a number of films like Sin City, The Hard Goodbye, and The Spirit.

Similarly, her director husband has an estimated net worth of $2 million. They have a house in California. Their house has 2 bedrooms, 2 bathroom built-in 1887 sq feet. She purchased the house in April 2003 for $1 million.

Also read Everything is not well between Busy Philipps and husband, Marc Silverstein! How much is her net worth?

Jaime King is an American actress and model. She is popular for her role as Lemon Breeland on Hart of Dixie. Read more bio…