Actor-singer Jaime Pressly is a mother of three. 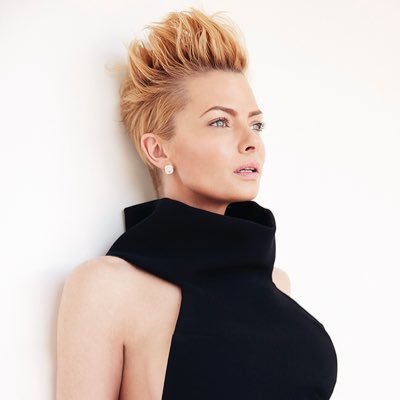 I used to perform with the Pussycat Dolls before Nicole Scherzinger, before they were a musical group

Your core supports your spine and your torso. Everything you do depends on it

Some women just skip having babies or adopt because they don't want to get fat or they haven't put in the time to find a partner. It's great to adopt, but a lot of adoptions are motivated by vanity and laziness.

What is the relationship of Jaime Pressly?

She encountered DJ Eric Calvo (DJ Eric Cubeechee) in 1996, and in 2004 she began dating him. The two were involved in October 2006 after Pressly got pregnant. Pressly gave birth to her kid, Dezi James Calvo, on May 11, 2007, at the Cedars-Sinai Medical Center.  The pair announced their separation in November 2008.

She is currently single now.

Who is Jaime Pressly?

Jaime Pressly is an American model and actress. She is best known for playing Joy Turner at the NBC sitcom My Name Is Earl, nominated for two Emmy Awards (winning one) as well as a Golden Globe Award and a Screen Actors Guild Award. Starring in movies like Poison Ivy: The New Seduction (1997), Joe Dirt (2001), DOA: Dead or Alive (2006), and I Love You, Man (2009). She is presently portraying Jill in the TV series Moms.

Born on 30 July 1977, she is 44 years old. Pressly is the oldest daughter of mother Brenda Sue, a dance instructor, and father James Liston Pressly, a car salesman. She grew up with one brother (James), and a sister(Jessica ). She holds American citizenship but is of English ethnicity.

In which school did Jaime Pressly attend?

She and her siblings had to move along with her mother to Costa Mesa, California, as her father and her mother were going through a divorce. Jaime attended Costa Mesa High School in California.

Pressly appeared on her first cover, Teen Magazine, at the age of 14 and became the official spokesmodel for the International Cover Model Search. She dropped out of school at the age of 15 and moved to Japan on a modeling contract.

In the 1997 movie Poison Ivy: The New Seduction, Pressly starred as Violet. Likewise, She starred in the short-lived television series Push as Nikki in 1998 and also played a recurring role as the undead assassin Mika in the Mortal Kombat: Conquest TV action series. She has performed “Audrey” on the drama series Jack and Jill from 1999-2001. In the independent movie Poor White Trash, Pressly starred playing gold-digger scheming Sandy Lake. Pressly appeared as a crazy, motorcycle-riding criminal in a number of movies in 2001, including Not Another Teen Movie (playing Priscilla, a high school cheerleader) and Torque; and as a Southern love interest in comedy Joe Dirt, contrary to David Spade.

Pressed guest-starred in multiple TV episodes. She played Mylie, a mermaid trying to find love in an episode of the WB series Charmed; (Alyssa Milano, who played Phoebe, later guest-starred on My Name is Earl.) The Twilight Zone, Fastlane, Las Vegas, Becker, Night Man, Silk Stalkings, and others were other series on which she made guest appearances.

Pressly was cast as Joy Turner in the NBC sitcom My Name Is Earl in 2005. She won an Emmy Award for her job on the show in 2007 for Outstanding Supporting Actress in a Comedy Series.

In an appearance with the group The Pussycat Dolls, Pressly sang “Fever.” She appeared in a number of music videos, including Dave Matthews Band’s” Space Between, “Aerosmith’s” Girls of Summer, “and” Tainted Love’s “Marilyn Manson cover. She hosted the first annual VH1 Rock Honors on May 31, 2006.  She hosted the episode of Saturday Night Live on October 7, 2006.

Pressly has racked up many awards in her fantastic career. Some of the most noteworthy awards she has been awarded are,

What is the net worth of Jaime Pressly?

As of 2022, Jaime’s net worth is estimated at around $7 Million. Her primary source for this huge income is mainly her acting career in movies and Tv shows. She earns a whopping $75,000 per episode on I Hate My Teenage Daughter.

She has kept herself away from rumors and controversies.

Pressly stands tall around 5 feet 5 inches. Jaime weighs around 55 kg. She has a Bust-Waist-Hips of 34-25-32 respectively. Pressly has Blonde Hair and Blue eyes.