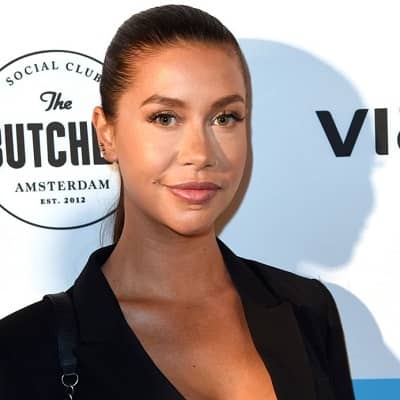 What is the relationship of Jaimie Vaes?

Jaimie’s love life is very popular among people. She recently broke off the relationship with the rapper Jorik Scholten, aka Lil ‘Kleine.

The ex-lovebirds were in love since May 2017 and posted several photos of flaunting love on their Instagram account. They were also captured in several places by social media. They were engaged in August 2018 and also had a son, Lío Zion Vaes Scholten together in 2019.

However, their affection for each other shattered when Scholten was arrested by the Amsterdam police on suspicion of assaulting Vaes.

Currently, Jaimie is enjoying her single life and living beautifully.

Who is Jaimie Vaes?

Jaimie Vaes is a Dutch Fashion Stylist and social media star. Her posts mainly involve makeup, style, and fashion pictures. She is a popular fashion star. She came into the limelight as the girlfriend and later fiancé of the rapper Lil ‘Kleine.

Jaimie Vaes was born on August 17, 1989, in The Hague, Netherlands. Her full name is Jaimie Joanne Vaes.

She has not disclosed the name of her parents. However, she is very close to her parents. Her father has been living in Bali for over a decade.

Vaes has shared the picture of her parents on her social media platforms.

Talking about her nationality, she is Dutch and her ethnicity is dutch too.

As per academics, she studied Fashion Styling and Design at the Artemis Styling Academy in Amsterdam.

Jaimie has been a presenter on the tv channel, MTV in the program Just Tattoo Of Us. She was also the host of her own reality series on Discovery+ : Jaimie: In The Vaes Lane.

Likewise, she is a fashion stylist by profession. Nevertheless, she came into the limelight as the girlfriend and later fiancé of the rapper Lil ‘Kleine.

Vaes has not won any noticeable awards yet. As of now, she has just started her career and in the near future, she will grab some awards.

Being a famous stylist, she earns a plethora amount of money from her work. Likewise, she has an estimated net worth of around $2M.

On 23 May 2021, Kleine was arrested on suspicion of beating Vaes and damaging her mobile phone while the couple was holidaying in Ibiza, Scholten.

However, the case was dismissed by a Spanish court after Vaes didn’t appear in court. On 2 June, the couple uploaded a video on Instagram in which they denied any physical violence.

On 13 February 2022, Kleine was again arrested on suspicion of assaulting Vaes. The Footage from a surveillance camera captured him pulling her out of their car by her hair and pushing the open car door against her multiple times.