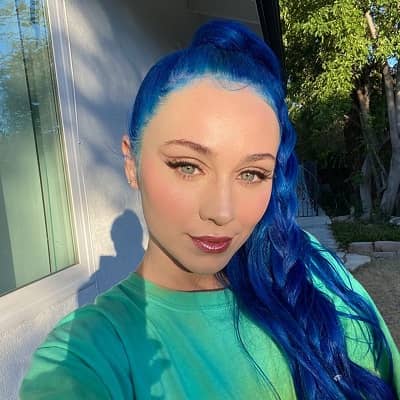 Jaira Burns is currently in a relationship with a guy named Quentin. He also comes from a musician background when it comes to his profession. The couple started dating in 2014 and it’s been seven years since they were together.

Who is Jaira Burns?

Jaira Burns is an American renowned singer and songwriter. She is best known for her singles Ugly, Burn Slow, High Rollin, and Pop/Stars. Burns has been signed to Interscope and Upscale. Her latest project is “Tesla X” released on the 6th of August 2021.

Jaira was born on January 14, 1997, in Vandergrift, Pennsylvania, U.S. According to her birthdate, she is currently 24 years old. Her Zodiac sign is Capricorn.

Jaira hasn’t yet disclosed her parent’s and family member’s identity in the media. Also, her academics background is under the curtains at the moment.

She holds an American nationality whereas her ethnicity is Caucasian.

Jaira began her career through YouTube where she posted covers songs. Her first video was uploaded on September 20, 2011. She made her first stage performance at the Girl Cult Festival.

On June 16, 2017, she released her first single titled “Ugly” which was featured in a commercial for pair of headphones starring Kylie Jenner.

On November 2, 2018, she released, “Pop/Stars” as a promotion for the 2018 League Worlds Championship. She collaborated with Soyeon and Miyeon from (G)I-DLE and Madison Beer as the virtual k-pop girl group K/DA. Similarly, the single became popular with one of the fastest viewership records for its music video on YouTube.

She reprised her role as Kai’sa in K/DA for their EP “All Out” in 2020. Also, she is featured on the song for the title track “More” along with Lexie Liu.

Jaira has managed to maintain a clean profile till now. She hasn’t been part of any sorts of rumors and controversy that create a headline in the media.

Jaira has earned a handsome amount of fortune from her profession as a musician. However, she hasn’t revealed her actual net worth, salary, and other earnings in the media.

Jaira has an impressive height of 6 feet and weighs about 70 kg. Naturally, she has a brown hair color but she often tends to dye her hair in electric blue. Likely, she has green pair of eyes.

The singer has a verified Instagram, Twitter, and Facebook accounts where she has more than 79.2k followers, 11.8k followers, and 15k followers respectively. Similarly, she has a self-titled YouTube channel with nearly 230k subscribers.