Jairus Kersey is the lead singer of the famous brand, “Alive Like Me”. He is in a relationship. 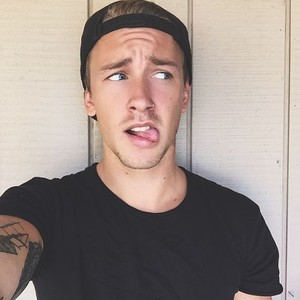 What is the relationship of Jairus Kersey?

He is married to his long-time love Acacia Brinley. Acacia is a talented actress and an internet personality.

She is famous for films like “Code: 9”, “Another Day in Paradise”, and others. The lovebirds started dating in 2015. It was Acacia’s third relationship after an affair with Sam Pottorff and Michael Clifford.

Other than that, there is no information about his previous relationship or love affairs.

Who is Jairus Kersey?

Jairus Kersey is the lead singer of the famous brand, “Alive Like Me”. He is an American citizen. His band is based in Oregon. Additionally, he sang in the band from 2013 to 2016 before the band members decided to take a break.

Presently, he along with his band members is on a break from their career in the band. They made this notice public through a post on Facebook on May 17, 2016.

Jairus was born in the United States of America on September 2, 1991. His ethnicity is North American.

He surrounds his personal life with a low-key status. Subsequently, he doesn’t want to explain his past days and his educational history in detail.

Similarly, he has no intention of sharing information about his parents and siblings. Therefore, he doesn’t like to share such information with the public. And we can only wait until he shares that information.

Jairus is a vocalist by profession. His professional musical career was initiated in the year 2013. He tried several times during his teenage period to be in the music industry.

In 2013, he formed an alternative rock band. He formed the band, “Alive Like Me” along with bassist, David Knox. Afterward, they posted an advertisement for the post of drummer and guitarist in the band. Soon the complete band was formed with Brandon Banton and Dakota Dufloth as guitarists, Jairus Kersey as lead vocalist, David Knox as bass guitarist, and Joel Riley as drummer and percussionist.

Furthermore, they signed with the record company, “Rise Records”. They worked on their debut album. And on October 6, 2014, they released their first album named, “Only Forever”.

Previously, before releasing the full album, they released a single, “Slip Away”. Jairus performed in some cities in America and Europe. Currently, the band members are on a break from their musical careers.

Jairus as a young singer is focusing on his musical career. His drive to succeed in the music industry keeps him extra engaged in productive things. Consequently, this helps to avoid any trash-talking in the media. Additionally, he likes to keep his persona clean and shiny. Therefore, as a result, there is no criticism of him.

Jairus has brown hair and blue eyes. Furthermore, there are no details regarding his body measurements.

Also get to know more about the birth facts, education, career, net worth, rumors, height, and social media of different personalities like Jennie Kim (Singer), Kim Basinger, and Lindsay Ell.