Jake Gyllenhaal is an unmarried man till now. He has been in a number of relationships in his past. In 2001, he dated the American singer-songwriter, Jenny Lewis. After that, he began dating the beautiful American actress Kirsten Dunst in 2002 and they broke up in 2004. 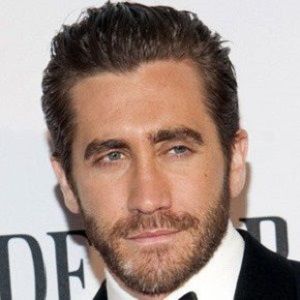 Being a star doesn't last. That's not what life should be about. It's a complete illusion that really has nothing to do with you. For me, finding out about life is the most important thing.

Who is Jake Gyllenhaal?

Jake Gyllenhaal is an American actor. He is best known for his role as Homer Hickam in October Sky (1999). He earned an Independent Spirit Award nomination for Best Male Lead for playing the title character in the indie cult hit Donnie Darko (2001), in which he played a psychologically troubled teenager alongside his older sister, Maggie Gyllenhaal.

Jake Gyllenhaal was born Jacob Benjamin Gyllenhaal on 19 December 1980, in Los Angeles, California, USA. His nationality is American and he is of Ashkenazi Jewish, Swedish, English, and Swiss-German ethnicity.

He is a member of the Gyllenhaal family and the son of director Stephen Gyllenhaal and screenwriter Naomi Foner. He has an elder sister named Maggie Gyllenhaal who is also an actress.

He graduated from the Harvard-Westlake School in Los Angeles in 1998, then attended Columbia University, but dropped out after two years to concentrate on acting.

Jake had the influence of his family’s background to become a movie star. He worked as a lifeguard as a teenager.

Jake made his acting debut as Billy Crystal’s son in the 1991 comedy film City Slickers. He appeared in the 1993 film A Dangerous Woman along with his sister, Maggie. Since then, he has appeared in numerous movies and films. His breakthrough performance was as Homer Hickam in October Sky (1999).  He earned an Independent Spirit Award nomination for Best Male Lead for playing the title character in Donnie Darko (2001).

In 2005, he played the role of Jack Twist in Brokeback Mountain. For his performance in Brokeback Mountain, he received critical acclaim and won the BAFTA Award for Best Actor in a Supporting Role. He was also nominated for the “Screen Actors Guild Award for Outstanding Performance by a Male Actor in a Supporting Role”. He received further recognition for roles in Zodiac (2007), Brothers (2009), Prince of Persia: The Sands of Time (2010), and Love & Other Drugs (2010).

Jake Gyllenhaal: Salary and Net Worth

He has accumulated a net worth of $80 million as of 2022. But there is no information regarding his salary.

Jake has a height of 6 feet. His body weighs 77kg. Besides these, he has Dark Brown hair and Blue eyes.

What?? Did you know these 7 Celebs who hate to Bathe!