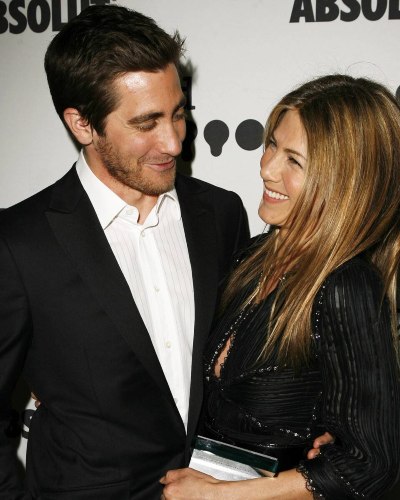 Jake Gyllenhaal had a huge crush on Jennifer Aniston like everyone else! His feelings for her made him uneasy and difficult to film love scenes. On the 5th October 2021 episode of The Howard Stern Show, Jake admitted having a big crush on Jennifer. The filming of the 2002 movie The Good Girl made things uncomfortable for him. He said,

“Oh yeah, it was torture. But it was not torture. Come on, it was a mix of both.”

“Weirdly, love scenes are awkward because there are maybe 30, 50 people watching it. Maybe if you have a closed set, it’s less. That doesn’t turn me on. Most of the time, it’s oddly mechanical… you’re choreographing for a camera. You could get in it, but it’s like a fight scene.”

For filming, they took some steps to make it less uncomfortable. They used the pillow technique which was a suggestion for Jennifer herself. In the indie film, Jake played Holden who is a shy cashier who began a relationship with his older coworker Justine who is struggling with her depression and an emotionally unavailable husband.

Also read Ross and Rachel are no longer on a break in ‘Real Life’- sparked dating rumors!

Jake Gyllenhaal is an American actor. He is best known for his role as Homer Hickam in October Sky (1999). He earned an Independent Spirit Award nomination for Best Male Lead for playing the title character in the indie cult hit Donnie Darko (2001), in which he played a psychologically troubled teenager alongside his older sister, Maggie Gyllenhaal. Read more bio…