Updated On November 16, 2022 | Published By: Brandy Stratton
Share this
Single 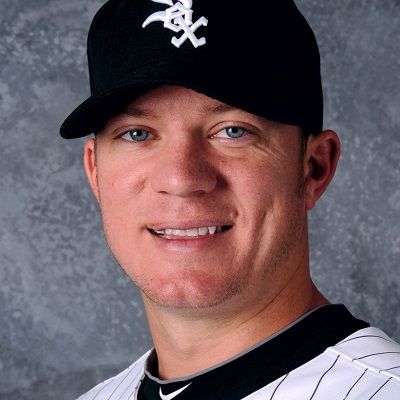 You take wins where you can get them because they're not easy to come by. You win at the major-league level, and you've done something

Life isn't always great, but it's all about how we react to things.

What is the relationship of Jake Peavy?

Previously, he was married to his high school sweetheart, Katie Alford. They married in 2000 when he was 19 years old.

Together, they have four sons Jacob, Wyatt, Judson, and Waylon.

On 28th November 2017, their divorce was finalized with both maintaining joint custody of their children.

Who is Jake Peavy?

Recently, on 5th May 2019, he announced his retirement from Major League Baseball.

Jacob Edward Peavy was born on 31st May 1981 in Mobile, Alabama to Danny Peavy and Debbie Peavy.

His father Danny is remembered as a great baseball player. His grandfather Blanche Peavy taught him baseball, music, and life.

He has a brother Luke Peavy who is the Managing Director and Partner of Jake Peavy Foundation.

Jake attended the St. Paul’s Episcopal School in Mobile, Alabama. During those days, he was named the high school player of the year in the state of Alabama.

After high school, Auburn University offered him a full-ride scholarship which he did not accept because he wanted to join the Major Leagues.

In the 1999 Major League Baseball draft, he was drafted by the San Diego Padres in the 15th round.

Similarly, he pitched for the 1999 Arizona League Padres and the Idaho Falls Braves and the 2000 Fort Wayne Wizards.

He made his major league debut on 22nd June 2002 against the New York Yankees at Qualcomm Stadium. In his sophomore season, he played 32 games with a 4.11 earned run average, a 12–11 record, and 156 strikeouts.

On 31st July 2009, he agreed to a trade from the San Diego Padres to the Chicago White Sox in a last-minute trade deadline day deal.

He started for White Sox with  5 innings, giving up 3 runs (all earned), and striking out 5, getting the win against the Kansas City Royals.

On 20th July 2013, he was activated from the DL and made his first start against the Atlanta Braves.

On 30th July 2013, he was traded from Chicago White Sox to the Boston Red Sox along with Brayan Villarreal in a three-team trade.

He debuted as Red Sox on 3rd August and defeated the Arizona Diamondbacks 5–2.

On 26th July 2014, he was traded by Boston Red Sox to the San Francisco Giants. Likewise, on 3rd October 2014, he won the first game of the 2014 NLDS against the Washington Nationals.

He signed a two-year contract on 19th December 2014 to stay with the Giants.

How much does Jake Peavy earn?

Jake has an estimated net worth of $48 million US, and his earnings during his career amounts to $127 million US.

His highest-earning was $16 million US from the Chicago White Sox.

In the year 2008, he bought a 5,000-acre ranch in Wilcox County, Alabama called Southern Falls Plantation. Also, he has a cable car for the ranch.

Likewise, in 2013, he purchased a World War II duck boat. Duck boats are 2.5-ton six-wheel trucks used by the US Army and Marine Corps for ferry ammunition and supplies.

He was the only starting pitcher to win two 2012-2014 consecutive World Series with two teams in two leagues.

How tall is Jake Peavy?

He has brown hair and blue eyes. He is 6 feet 1 inch tall and weighs around 88 kg.

You may also read the age, parents, career, net worth, body measurements and social media of Brett Gardner, Gerrit Cole, and Mike Tauchman