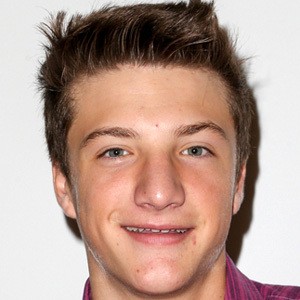 What is the relationship of Jake Short?

Jake Short has not been married yet. However, he is in a relationship with Alexxis Lemire who is a year older than him. His girlfriend Lemire is a movie actress.

The duo began dating since 2016 after a long year of friendship. The couple likes to update their relationship on social media.

On April 2017, Jake posted a picture with his girlfriend saying that they were celebrating one year of love and togetherness. The lovely couple is always eager to show their love towards each other and there is no sign of breakup between them. Hope, they will get married soon.

Who is Jake Short?

Jake Short is an American actor who is best known for her role as Fletcher Quimby in Disney’s popular show ‘A.N.T. Farm’. He is also known for his performance in ‘The Anna Nicole Smith Story’, ‘Mighty Med’, ‘Just Kidding’, etc.

He was born on May 30, 1997, in Indianapolis, Indiana, USA. He is currently 25 years old. His father’s name is James Carmer Short(internist) and his mother’s name is Dr. Kiumberly Kennan(plastic surgeon). He was interested in arts and sports since his early days. He has two older sisters, Gillian and Jessilyn, and a brother, Justin.

Jake used to play soccer, and guitar and was a gymnast and a martial artist during his school days. After seeing his talent, his parents and teacher motivates him to hone his skills and gave him celebrity status as an actor and teen idol.

He shifted to L.A. at the age of 9 in order to pursue his acting career.

Jake holds American citizenship and his ethnicity is a mix of English, German, Scottish, and Irish.

Talking about his education history, he was a high school student in Indianapolis.

He debuted his career with the American biographical film ‘The Anna Nicole Smith Story’ in 2007 in which he portrayed the role of Child Daniel. After two years, he was cast in the American fantasy comedy family film ‘Shorts’ as Nose Noseworthy. Also, he appeared in the movie ‘A Son Like You’ in 2012.

Jake is also active in many TV shows as well. He debuted his TV career on an American Disney XD sitcom ‘Zeke and Luther’ in 2009 in which he portrayed the role of Kenny Coffey. Also, he appeared as Scott Smith in an American television crime drama series ‘Decter’ in the same year.

In addition, Jake portrayed the leading role of Fletcher Quimby in the American sitcom ‘A.N.T. Farm’ from 2011 to 2014. At the same time, he was active in the series ‘Mighty Med’ from 2013 to 2015. He also showed his acting skills in TV series like ‘Lose or Draw’, ‘Just Kidding’ and ‘Lab Rats: Elite Force’.

The 21 years old actor has a YouTube channel, ‘RealJakeShort’ in which he posts vlogs, food challenges, and comedy sketches, and the videos are produced by his friend, Davin Stanley.

The actor was awarded Young Artist Awards 2010 in the category Best Performance in a Young Ensemble Cast for ‘Shorts’ in 2009, won and was nominated for Kid’s Choice Award in the category Favourite TV Actor in 2012 and 2014 respectively.

He has an estimated net worth of around $3 million as of 2022, and he has earned that sum of money from his professional career. However, his salary and income are under review.

The talented actor has maintained his celebrity status to date and has not harmed anyone in his personal and professional life.

He has a slim body with a height of 5 ft. 9 inches and a weight of 56 kg. He has brown hair and green eyes.