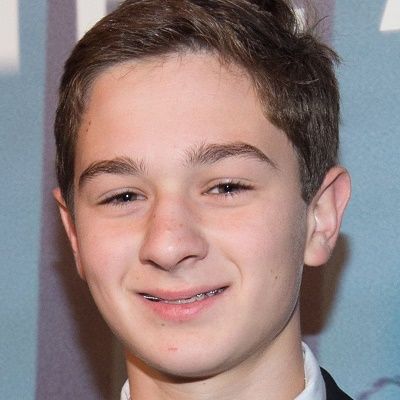 Jake Siciliano is currently possibly single. He has not disclosed his relationship and affairs.

Who is Jake Siciliano?

Jake Siciliano is an American actor. He is best known for his roles in Shame, Solitary Man, The Taking of Pelham 123, and The Affair.

This actor was born on October 23, 1998, with the birth name Jake Richard Siciliano, in the United States. His mother’s name is Jennifer and he has a younger sister named Olivia.

There is no much information about his father and education as he likes to keep his personal life far away from the media.

He belongs to Italian descent.

Jake Siciliano was interested in acting from a young age. He is one of the successful TV actors. His parents are very supportive of his career as an actor.

In 2009, Jake played the role of an 8-year-old boy in ‘The Taking of Pelham 123‘. This is an action thriller movie which was directed by Tony Scott. This film is an adaptation of the novel by Morton Freedgood.

The same year he also played Solitary Man. In 2010, he appeared opposite Jessica Alba and Chris Messina in An Invisible Sign.

Later, Siciliano appeared on Shame as a Skype Son in 2011.

He also appeared on Television shows. Jake made his appearance in two episodes of Lipstick Jungle in 2009. Besides, he played the role of Martin Solloway in ‘The Affair‘ from 2014 to 2019.

Jake Siciliano: Salary and Net Worth

The salary of this artist is under review. Meanwhile, according to some sources, an estimated net worth of this actor is $1 Million.

There are no rumors and scandals of this actor till to the date. Meanwhile, Siciliano is doing well in his career. He is doing pretty well in his acting career.

Jake Siciliano is 5 ft 8 inches tall and has a decent weight. Likely, he has dark brown eyes and brown hair.

Jake loves to spend quality time with his family rather than on social media.