Updated On November 25, 2022 | Published By: Daniel Miranda
Share this
Single 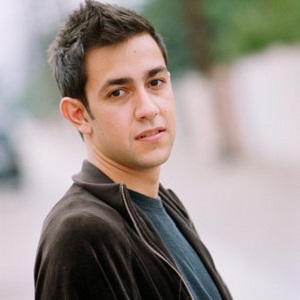 What is the relationship of Jake Siegel?

Jake Siegel has kept his personal life private and out of the spotlight. He usually doesn’t talk about his private life in media and public. He prefers people focusing on his work rather than his personal life. He hasn’t mentioned about his affairs publically and has managed to keep it low profile. There is no any record of his marriage and divorce till now.

He has not clarified about his married life, affair, girlfriend and spouse till the present time. It seems like he is sharpening his strength and skills to make his all dreams come true rather than being stuck in a relationship. He is currently focusing on his work and it seems like he doesn’t have time for love affairs. According to the records, he is possibly single at the present time.

Who is Jake Siegel?

When did Jake Siegel born?

Jake usually doesn’t talk about his private life in media and public. He prefers people focusing on his work rather than his personal life. Jake’s nationality is American but his ethnicity is undisclosed. He was educated at the University of Southern California.

Jake Siegel’s Career and Net Worth

There is no exact information about how and when Jake began his acting career.  He has not played in many movies.  He became widely famous in public when he played the role of Mike Coozemen in American Pie Presents: The Naked Mile in 2006.

After that, he reprised the role of Mike in American Pie Presents: Beta House in 2007. In 2009, he played the role of Scotty in the film Nice Knowing You. His television credits include guest roles in Commander in Chief, the Trojan Vision series, Friends Hate You, and iCarly. He has not played in other films. His net worth is not revealed in media.

What are the body stats of Jake Siegel?