Jake Williams is a Youtuber and photographer who has a channel named 'Bright Sun Films'.

Jake Williams is currently taken. He is in love affair with Emmi Lancaster. The duo often travels together and has appeared on his travel vlogs too.

However, he prefers to keep his low-profile so, not much information available regarding his love life. 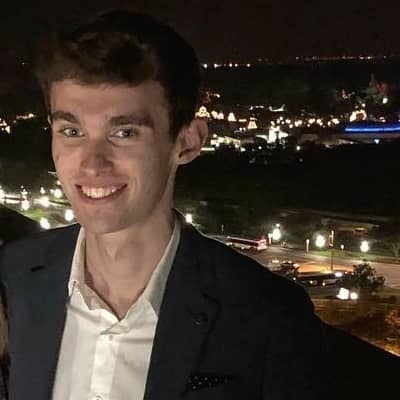 Who is Jake Williams?

Jake Williams is renowned as a Youtube star and photographer. He rose to fame from his main YouTube channel ‘Bright Sun Films’ where he shares travel videos.

He has a second self-titled Youtube channel where he uploads the video clips that didn’t make it onto the Bright Sun Films YouTube.

Jake was born on April 21, 1998. The Youtube star was born in the United States and grew up in Welland, Ontario, Canada. He holds an American nationality unfortunately his ethnicity is unknown.

Moving towards his academic history, he studies at Centennial Secondary School. In 2016, he then moved to Mississauga Ontario.

From his early age, he interested in traveling and making videos. Since 2010, he started making short movies with his friends.

Jake uploaded a video titled ‘Something Near #1: River Country’ for the first time on his main Youtube channel, Bright Sun Films on February 3, 2013.

Since then he started his YouTube career and started uploading videos of abandoned places like Abandoned-Disneys Discovery Island (Original), Abandoned-Treasure Island Hotel, Abandoned-Disney’s Skyway, and more.

To date, he has uploaded 163 videos and having over 1m views on each video. Similarly, he has more than 1.01m subscribers on his YouTube channel.

Besides, he has a self-titled YouTube channel with over 22.6k subscribers. He started his self-titled Youtube channel on July 21, 2016, where he uploads vlogs and videos which he did not make it on to the main channel.

Jake has also merch where he sells graphic logo t-shirt.

To date, He has not been part of any sorts of rumors and scandals that created headlines in the media. Besides, he stays miles away from such controversial acts.

Jake personally hasn’t yet revealed her exact net worth but he might have earned a fair amount of fortune through his Youtube channel.

As per Social Blade, he earns in the range of $80 to $12.5 thousand per month and $9.4 thousand to $149.8 thousand through his Bright Sun Films Youtube channel.

Similarly, he earns $35 to $562 annually through his second youtube channel as per social Blade.

Williams has a decent height with average weight. But, his exact body figure is unknown.

Furthermore, he has a brown pair of eyes with brown hair as well.