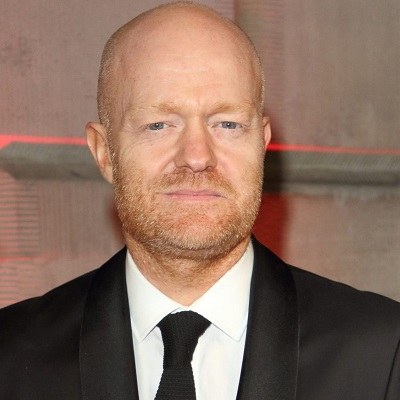 What is the relationship of Jake Wood?

Jake Wood is married to Alison Murray. The couple started dating in 1995. After dating for 6 years, they got married to each other on the 11th of August 2001.

Who is Jake Wood?

Jake Wood is a 2X British Soap Award-winning actor and voice artist. Jake Wood is renowned as Jurka of The Illusionist, and Voice of GEICO Gecko.

Currently, he is portraying the character of Max Branning of the series, EastEnders.

Jake Wood was born Jake Dylan Wood on the 12th of July 1972 in Westminster, England. He is of British-French ethnicity.

He is the son of John and Joelle Wood-Girard. His father is of British ethnicity whereas his mother is French.

Talking about his educational background, he is an alumna of the City of London Academy Highbury Grove. Later, he joined the Anna Scher Drama School in Islington to be an actor.

In 1984, Jake Wood entered the TV industry with his debut series, The Gentle Touch. However, his character, Duncan was limited to a few episodes only. The same year, he appeared in the series, Thinkabout as a kid.

The following year, he made his movie debut with the movie, Flesh+Blood as Little John. After that, he appeared in the series like Dramarama, A Little Princess, London’s Bruning, Inspector Morse, Tygo Road, and Press Gang in some minor roles.

Later, in 1990, he landed in the role of Max Branning as EastEnders. The show happens to be the longest-running series in the British TV soap. Till the date, he has made his appearances in around 1,313 episodes of the series. In 1999,  he appeared in the comedy-adventure series, Red Dwarf as Kill Crazy, a prison inmate.

Besides TV soaps, he is famous for his movies too. That includes movies like The Aryan Couple, Vera Drake, The Illusionist, and Crimetime. Also, he has been a part of the advertisement campaign of GEICO Gecko by contributing his voice. The ads campaign focuses on the sales of its reptilian mascot.

In 2014, participated in the dancing reality show, Strictly Come Dancing as a contestant partnered with Janette Manrara. In the series, he was eliminated from the semi-final.

Apart from acting, he is also active as a podcaster. In January 2018, he started hosting the podcast, Pound for Pound along with the professional boxer, Spencer Oliver.

Also, he makes it through his podcast and advertisements.

Jake Wood is blue-eyed and has a clean-shaven head. He stands at a height of 5 feet 11 inches and weighs around 70 kg.

To date, he has managed to maintain a distance from any sort of controversy and scandals that created headlines in the media. Besides that, he is not involved in any type of rumors too.

You may also read the bio of Emmanuelle Seigner, Devyn Nekoda, and Kelly Slater.

English actor Jake Wood recalled his wife’s near-fatal attack by an alligator during a family vacation in Florida!

Disney Millennial Star And YouTube Vlogger Jake Paul Is Accused Of Terrorizing The West Hollywood; Neighbors Says That He Is Making The Living Hell For Them With The Stunts And Parties