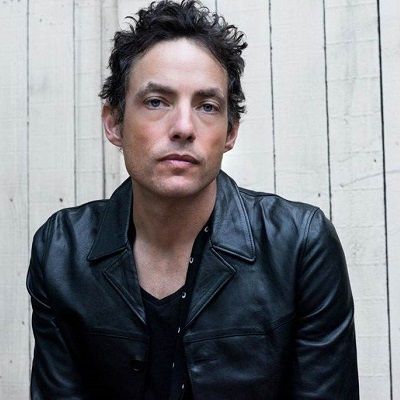 Jakob Dylan is married to Paige Dylan in 1992. Paige is a screenwriter.

Jakob and Paige raised their children in the Jewish faith. They live in Los Angeles.

Who is Jakob Dylan?

American Jakob Dylan is an Award-winning professional musician. Jakob is also known as the lead singer and primary songwriter for the rock band, The Wallflowers.

He won the 1998 Grammy Awards for Best Rock Song. Similarly, in May 2011, Jakob was awarded an Honorary Doctor of Letters degree from Idaho State University.

On 7th August 2019, Jakob Dylan performed Dedicated to the One I Love on The Late Late Show with James Corden.

Jakob Luke Dylan was born on 9th December 1969 in New York, U.S. and is the son of Bob Dylan and Sara Dylan.

His father Bob is also an American singer, songwriter, author, and visual artist. His mother is an actress and model.

Jakob attended Windward School in Los Angeles, California. After that, he moved to New York and attended Parsons School of Design to study Art.

Jakob and his friend Tobi Miller formed a band The Apples in 1989 which later they turned to The Wallflowers. They started playing in clubs in Los Angeles.

Jakob wrote the songs for an album and on 25th August 1992, they released The Wallflowers, their eponymous debut album.

Other albums were Red Letter Days and Rebel, Sweetheart.

In 2006, Jakob started his solo career and played on shows without his band. Similarly, he signed a solo contract with Columbia Records.

He appeared in many tribute albums like Endless Highway: The Music of The Band and Instant Karma: The Amnesty International Campaign to Save Darfur.

Jakob is a supporter of diabetes awareness programs. He received the Father of the Year Award from the American Diabetes Association.

Likewise, he is also a supporter of Crohn’s and Colitis Awareness programs. Since 2012, Jakob provides musical entertainment for an annual event put on by Connecting to Cure.

It is a nonprofit dedicated to promoting awareness and funding research to cure Crohn’s and Colitis.

Jakob has brown hair and blue eyes. He is 5 feet 10 inches tall.