Talking about his love life, Jalyn Hall is presently single and he is not dating anyone at the moment. He is too young to involve in any kind of relationship or affairs. Hall might be focused on his career and his studies at the moment.

Moreover, Jalyn has not revealed his relationship or affair news in the public and in the media till now. Currently, the star seems to enjoy his childhood and focused on his uprising career. 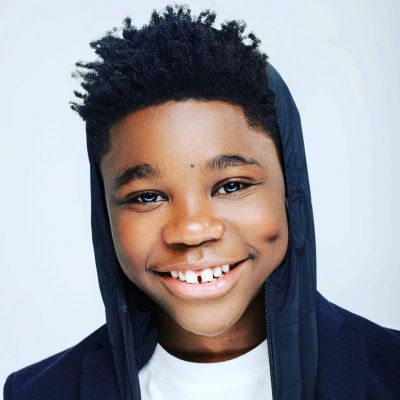 Who is Jalyn Hall?

Jalyn Hall is a well-recognized American child actor and Television personality. Hall is widely famed for his career highlighting performance as Dilon James in All American(2018- present).

Jalyn Hall was born on 23 December 2007. At present, his age is 13 years old. Likewise, his birthplace is Los Angeles, California, the USA.

Jalyn is the son of his father, Og Jay whereas his mother is Imy Hall. Moreover, he has two sisters named Jada and Cassie and a big brother named, Jordan Jullian.

Talking about his nationality, Hall holds an American identity whereas his ethnicity is African American.

Regarding education, the young star might be studying his early education at the present. He has not revealed his exact academic background to the public.

Additionally, Hall has also worked with the likes of Samuel L. Jackson and Jessie T. Usher in the 2019 action-comedy Shaft. He also portrayed the role of little Calvin in the crime drama Gully(2013) featuring Amber Heard, Jonathan Majors, and Charlie Plummer. He has also played Grayson in the TV series Family Reunion.

The young talented star, Jalyn has played in his career highlighting sports-drama All American. He performed the role of Dillon James in 2018 as a recurring cast in Season 1. However, Hall then became a regular member by Season 2.

The star has worked in 30 episodes till now along with some renowned casts Daniel Ezra, Bre-Z, Greta Onieogou, Samantha Logan, and Cody Christian. He was also seen in The CW series that premiered its season 3 on 18 January 2021.

A young talent, Jalyn has earned a handsome amount of money from his profession. He has been active in his profession from the year 2017 till the present.

It is reported that Jalyn Hall has an estimated net worth of $1.5 million as per 2022’s data.

However, the juvenile star has not disclosed his exact salary, earnings, and assets details till now.

The child actor, Jalyn has never been part of any controversial matter or rumors till now. The star has been preoccupied with his professional and private life.

It seems that Hall prefers enjoying his personal life and does not want to merge it with his professional life.

13 years old star, Jalyn Hall has handsome looks, a cute smile, and an admirable personality. He stands at a height of 5 feet 1 inch. Also, he has a balanced body weight of 50 kg.

Furthermore, Hall has black eyes whereas his hair is black.

Regarding his social media presence, Jalyn Hall is an active personality on social media. Jalyn has more than 228k followers on his official Instagram account @jalynemilhall.

He owns a YouTube channel named Jalyn Emil Hall and it has more than 17.1k subscribers at the moment.