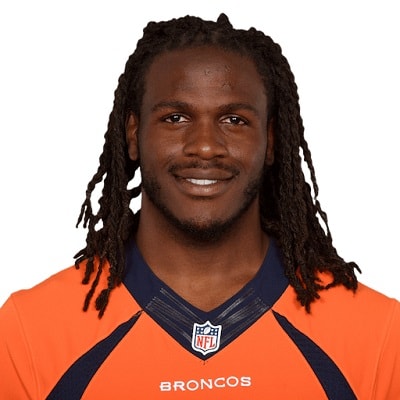 Jamaal Charles is a married person who has been married to his longtime girlfriend Whitney Golden since June 2, 2012. They had met the very first time in college when he was a freshman.

Who is Jamaal Charles?

Jamaal Charles is a former American football player. He played college football for the University of Texas and later for Kansas City Chiefs from 2008 to 2016.

He was born on December 27, 1986, in Port Arthur, Texas. His birth name is Jamaal RaShaad Jones Charles and he is currently 33 years old.

He was born to single mother Sharon Charles but the name of his father is not known. Also, information regarding his siblings is not available. He was diagnosed with a learning disability and had difficulty reading during his childhood.

Jamaal holds American citizenship but his ethnicity is African-American.

Charles attended the Memorial High School and he played high school football and was a track athlete. After that, he joined the University of Texas from 2005–2007 where he played college football.

In addition, he announced on April 30, 2019, that he will be signing a one-day ceremonial contract with Kansas City Chiefs so that he could retire as a Chief.

He was a two-time first-team Class 5A All-State selection and 2005 Parade All-American during his high school and was also awarded Willie Ray Smith Award twice in high school.

In addition, he received a bronze medal in the 400-meter hurdles at the 2003 World Youth Championships.

He has an estimated net worth of around $13 million and he has earned that sum of money from his professional career.

From his playing career, this player has not only earned fame but also a huge fortune. He is living a lavish life.

Charles has been successful in keeping himself far from rumors and controversies in his personal and professional life.

Jamaal Charles has a height of 5 ft. 11 inches and weighs 91 kg. He has black eyes and black hair. Other information about his shoe size, dress size, etc. are not available.

To know more about Cody Bellinger, Carli Llyod, and Alex Morgan, please click on the link.