Posted by MarriedBiography Posted on October 2, 2019 | In Career , Death
Share this 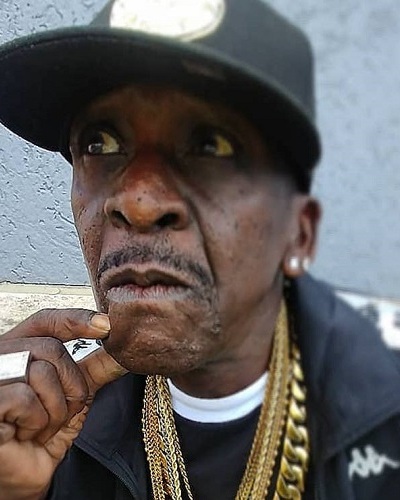 The Jamaican actor Louie Rankin dies in a car crash in Canada. He was 66. His tragic death came on Monday morning 30 September 2019.

Louie Rankin and his unexpected death

Singer and actor Louie Rankin is dead. He had a car accident in Canada and succumbed to the wounds he suffered in it. He was only 66 at the time of his death. Louie was a Jamaican dancehall artist, the Associated Press reports.

Louie was in a vehicle and it was struck by a transport truck in Ontario. He was hit by the crash and died on the spot. The police said that the medical team arrived immediately but they declared him dead on the scene. The driver of the transport truck which caused the collision did not receive any physical injuries in the crash.

The police also released some photos which show the mangled car of Louie and a truck standing on the side of the highway 89 in Canada.

The Ontario Provincial Police Const. Shannon Gordanier gave a confirmation that the person who had died in the Monday morning collision on Highway 89 in Ontario was a celebrity named Leonard Ford who was popularly called as Louie Rankin.

A spokesperson for Louie tweeted:

“It saddens us to have to announce that The “ORGINAL DON DADA” “Trail Blazer” the legend – Louie Ox Rankin passed away this morning! May God keep his soul with his father, sister and neice in #heaven #amen #sipox.”

It saddens us to have to announce that The “ORGINAL DON DADA” “Trail Blazer” the legend – Louie Ox Rankin passed away this morning! May God keep his soul with his father, sister and neice in #heaven #amen #sipox

Louie Rankin and his career

Louie started his singing career in the 1980s. He was good at it and his first success came with his single named Typewriter. Louie released this single in the album Showdown in 1992. Later in his career, he acquired the nickname of the ‘Original Don Dada’. He also took to acting and appeared in the 1998 film called Belly. In this his character was that of Ox. In this film were also rappers Nas and DMX. Louie had reprised his role he played in Belly in the 2016 video “Nas Album Done” for DJ Khaled.

The legendary Louie had recently posted on his social media that he was shooting for a film in Canada in Toronto. This was a collaboration with Morrison’s company named iHouse Records.

Nas posted tribute for the departed Louie on his Instagram for his 5.4 m followers. He wrote:

“Louie Rankin. Great working with this man. A legend. In Belly you stole the show. “You Wana Rump with bombaclot me??!” In @djkhaled video Nas Album Done, your presence was super live wire much needed. RIP Don Dada.”

DJ Khaled also posted a tribute for Louie on his social media. He posted:

“Bless up my [email protected]_Rankin

We go back 20 years friendship

From shottas and forever!

Love and Prayers for your family

Louie you are amazing FATHER!

Sidiki Morrison or Bizmo iBoss was the manager of Louie. He stated that Louie was considered a legend in his native country of Jamaica where he was born.