James Brolin is an actor, producer, and director who appeared in several screen projects. 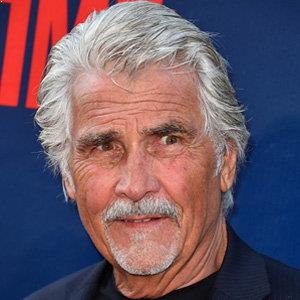 I spent most of the money I made on phone calls.

I think you can have a whole terrific, smart career as a second and third banana and work more and have much less risk than the lead guy. But I like being the lead guy.

[As a director]: One of the things I love about directing is I love actors, because no matter how complex they are, once you get down to working and talking to them and the toughest guy will want you to open them up and he wants to show you stuff he was afraid to show anybody before.

What is the relationship of James Brolin?

James Brolin has been married a total of three times and has three children.

In 1966, he married Jane Cameron Agee, an aspiring actress at Twentieth Century Fox, 12 days after they first met.

Jan filed for divorce from Brolin in 1995.

The couple resides in Malibu, California. Brolin is the stepfather of Streisand’s only son, Jason Gould.

Who is James Brolin?

James Brolin is an American actor, producer, and director. People mostly know him or his roles in film and television, including sitcoms and soap operas.

He is the father of actor Josh Brolin and the husband of Barbra Streisand.

Brolin was born in Los Angeles, California on July 18, 1940, to parents Helen Sue, a housewife, and Henry Hurst Bruderlin, a building contractor.

In his childhood years, he was apparently more interested in animals and airplanes. The acting was a big part of his early life.

He is of American nationality. Furthermore, there is no detailed information regarding his ethnic background at present.

Talking about his education, Brolin attended Santa Monica City College and studied drama at the University of California at Los Angeles before getting a contract with 20th Century Fox in 1960.

James Brolin initially started out as a contract player in Sandra Dee movies. Brolin appeared on an episode of ‘Bus Stop’ in 1961.

Next, he appeared in television productions such as ‘Voyage to the Bottom of the Sea’, ‘Margie’, ‘Love’, ‘American Style’, ‘Twelve O’Clock High, and ‘The Long, Hot Summer’. All in all, he has over 25 credits as an actor.

Some other movies and television series that Brolin has appeared in are ‘Life in Pieces’, ‘Rose’, ‘I’ll Be Home for Christmas’, ‘Sisters’, ‘The Steps’, ‘The 33’, ‘Accidental Love’, ‘When Calls the Heart’, ‘Elsa & Fred’, ‘Castle’, ‘Christmas with Tucker’, ‘Community’, ‘Blackout’, ‘Love, Wedding, Marriage’, ‘Last Will’, ‘The Defenders’, ‘Angel Camouflaged’, ‘The Goods: Live Hard, Sell Hard, ‘Last Chance Harvey’, ‘The American Standards’, ‘The Hunting Party’, ‘Wedding Wars’, ‘A Guy Thing’ and ‘Goodbye America’ among others.

In 1985, Brolin parodied his near-hiring as James Bond in the film ‘Pee-Wee’s Big Adventure’.

All in all, he has 8 wins and 10 nominations to his name as an actor.

Brolin has not revealed his current salary.

As of 2022, he has an estimated net worth of around $60 million. Brolin has also dated Alice Adair, Minnie Driver, and Diane Lane.

Brolin’s comment about Ronald Reagan attracted a fair amount of controversies. At present, there are no rumors concerning his life and career.

Talking about his body measurement, James Brolin has a height of 6 feet 4 inches or 179 cm. Additionally, he weighs around 83 kg or 183 lbs.

Furthermore, his hair color is salt and pepper due to his advancing age and his eye color is green.

Brolin is not active on social media.