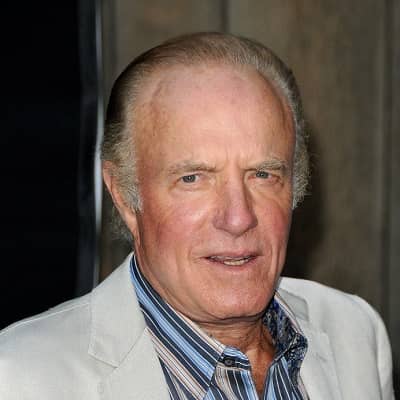 in his career, he married four times. He married Dee Jay Mathis in 1961. Before divorcing in 1966, the pair had a daughter named Tara.

He later, in 1976, married Sheila Marie Ryan. Scott Caan, their son, who is also an actor, was born in August 1976. However, a year later, the pair parted ways.

From 1990 to 1994, the American actor was married to Ingrid Hajek. The couple has a son named James Caan Alexander.

In October 1995, he married Linda Stokes. Two sons were born to them: Jacob Nicholas Caan and James Arthur Caan. In 2009, they divorced.

Who is James Caan?

James Caan is an American actor and director who has gained popularity in films such as ‘Brian’s Song’,’ A Bridge Too Far’ and ‘The Godfather.’ He also gained considerable fame by starring in the sitcom ‘Las Vegas’ as ‘Ed Deline.’

In addition to acting, Caan has done voice work in a variety of films, including ‘Cloudy with a Chance of Meatballs’ and ‘The Tale of Princess Kaguya.’ As a producer, he directed the ‘Hide in Plain Sight‘ drama flick.

The son of Sophie and Arthur Caan, Jewish immigrants from Germany, Caan was born on March 26, 1940, in the Bronx, New York City. His father was a butcher and meat dealer. Caan grew up in Sunnyside, Queens. He has one brother Ronnie Caan and one sister Barbara Caan.

Caan was educated in New York City and went on to attend Michigan State University later on. He eventually moved to Hofstra University. He hasn’t graduated from there, though.

James developed a deep interest in acting during his time at Hofstra and enrolled at the Neighborhood Playhouse School of the Theatre in New York City and studied there for five years.

Caan launched his journey on the stage before making his Broadway debut in the play ‘Blood, Sweat and Stanley Poole’ by performing in off-Broadway plays like ‘La Ronde’.

He landed his first film appearance in ‘Irma la Douce’ in 1963. He was featured in an episode of ‘Channing’ the following year. The actor appeared in the horror film ‘Lady in a Cage’ that year as well.

In the movie ‘The Rain People’ for which he was widely praised, Caan next depicted a brain-damaged football player.

The next year, he was featured in ‘T.R. BASKIN ‘. He then portrayed the title role in 1974 in the flick ‘The Gambler.’

That year, Caan starred in the action-comedy movie ‘Freebie and the Bean.’

In ‘Silent Movie’ he had a cameo and in ‘Harry and Walter Go to New York’ he tried his hand at comedy.

In the war flick ‘A Bridge Too Far’, the actor then appeared.

He directed ‘Hide in Plain Sight’ the same year.

Next, he starred in a neo-noir film titled ‘Thief’ in which he played a safecracker professionally.

The American actor returned to acting with the film ‘Gardens of Stone’ in 1987, after a period of a few years.

He became a cop in the movie ‘Alien Nation’ in 1988. Caan appeared in Stephen King’s ‘Misery’ two years later. He co-starred with Bette Midler in the ‘For the Boys’ flick the same year.

In 1998, he starred in Philip Marlowe’s HBO movie ‘Poodle Springs’ and also appeared in ‘This Is My Father.’

The actor appeared in several movies and TV movies in the early 2000s, including ‘The Yards’,’ Luckytown’,’ The Way of the Gun’,’ Warden of Red Rock’,’ A Glimpse of Hell’,’ Viva Las Nowhere’,’ This Thing of Ours’,’ Night at the Golden Eagle’,’ Lathe of Heaven’,’ City of Ghosts’ and ‘Blood Crime’.

He made the movies ‘The Incredible Mrs. Ritchie,’ ‘Jericho Mansions,’ ‘Dogville’ and ‘Elf’ the same year.
James played a role in the TV movie ‘Wisegal’ as well as in the sitcom ‘Get Smart’ in 2008.

Caan gave his voice to a character in the ‘Cloudy with a Chance of Meatballs’ film a year later.

He featured in the ‘Middle Men’ and ‘Mercy’ movies as well. James was cast in the movies “Preggoland” and “The Outsider” in 2014. He acted in the movies ‘The Wrong Boyfriend’ and ‘The Vampire of Sicily’ the following year.

James Caan appeared in the TV film ‘Brian’s Song’ in 1971. He played the dying football player Brian Piccolo in this film, who shares a great bond with teammate Gale Sayers of the Chicago Bears.

The production was a major success, and critics have considered the film one of the best TV movies ever made. The movie also received an Emmy Award nomination for Caan.

Caan was cast in the crime film ‘The Godfather’ as Sonny Corleone. This movie was produced by Albert S. Ruddy and directed by Francis Ford Coppola and was based on the best-selling novel of the same name by Mario Gianluigi Puzo.

This film was 1972’s highest-grossing film and managed to win many Oscar awards.
Caan earned him one Academy Award nomination as well as one Golden Globe Award nomination for his role in the flick.

The American actor worked as the chairman of Openfilm for a few years, an Internet organization dedicated to supporting upcoming filmmakers.

In his acting career, he won eight awards and 21 nominations. which is a huge success for him as an actor and a producer.

James as a successful actor and a producer he has earned a lot of fortune throughout his career, His estimated net worth is approximately $20 million.

After being accused by a rap artist of pulling a gun on him in 1994, Caan was arrested.

Caan stands 5 feet 9 inches tall his body weight is 72 kg, his chest size is 38 inches he has a slim body structure, his biceps is 14 inches, he has brown color hair, and has a pair of blue eyes.