James Caverly is possibly single at the moment. He hasn’t introduced anyone as his girlfriend or lover. It seems he is more focused on his career rather than being in a romantic relationship.

In further days, if he disclosed anything regarding his love life then we will definitely update it. 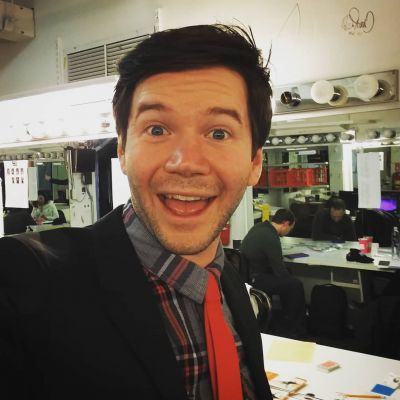 Who is James Caverly?

James Caverly is a renowned actor, theatre writer, and director from the United States. He is best known for playing deaf roles in the movies. The actor is also deaf in real life.

Recently, he appeared in Hulu’s, Only Murders in the Building as Theo Dimas along with Steve Martin, Martin Short, and Selena Gomez.

James was born and raised in Royal Oak, Michigan. He hasn’t yet disclosed his birth date in the media. Also, his parent’s identity is under the curtains at the moment.

He has two younger brothers and an older sister. His older sister is also deaf. Talking about his academics background, he attended Gallaudet University, the only Liberal Arts University for the Deaf in Washington DC.

In 2011, he graduated from the University with a B.A. in Theatre Arts. He then joined the National Theatre of the Deaf (NTD) for two years.

The actor holds an American nationality whereas his ethnicity is Caucasian.

While James was in the National Theatre of the Deaf (NTD), he started directing theatre plays. James directed William Shakespeare’s Romeo and Juliet in both American Sign Language and spoken English for Community College of Baltimore County Community Theatre.

He also performed the lead character, “Billy”, for three different productions of Nina Raine’s Tribes such as  SpeakEasy Stage Company, Studio Theatre, Berkeley Repertory Theatre. Similarly, he performed in several players such as “Laurent Clerc” in Journey of Identity, “Dylan Thomas” in A Child’s Christmas in Wales, and more.

In 2015, he made his television debut and guest appeared in two episodes of NBC’s Chicago Med as Peter Rush. Furthermore, he starred in films and television series like CDPH Emergency Preparedness (as Marcus), Strengthened in Faith (as St. Augustine), A Bennett Song Holiday (as Adam Song), and more.

James won The Robert Prosky Award for Outstanding Actor in a Play, Hayes Production. He was nominated for the Helen Hayes Award for his Studio Theatre performances.

James has managed to maintain a clean profile to date. He usually stays a mile away from any sorts of rumors and controversy that create a huge buzz in the media.

James might have accumulated a decent amount of fortune throughout his acting profession. As of now, he hasn’t disclosed his exact net worth, salary, and other earnings in the media.

Talking about James’s physical appearance, he has a fair complexion. Likewise, he has brown hair color and a blue pair of eyes.

He stands at the height of 5 feet 8 inches tall and his weight is about 77 kg.