James Charles is a makeup artist, social media sensation, model. His sexual orientation is gay. James is low-key about his love interest. 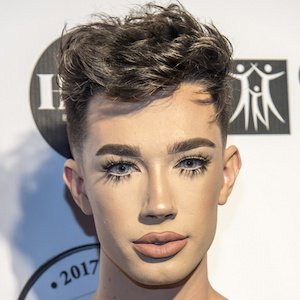 I hope to inspire others to be confident in their own skin and to love themselves with makeup or without.

I'm having fun. I'm being myself. I'm doing what I love. That's all that matters.

I think it's so important to love who you are and be comfortable in your own skin.

James Charles is very close to Grayson according to his recent YouTube videos and there are some reaction videoes on YouTube if they are developing emotions for each other.

However, the relationship has not been confirmed yet. We can assume him as a single for now.

Who is James Charles?

James Charles is an American Internet personality, model, and make-up artist who became the first male ambassador for CoverGirl. He announced his first Sisters Tour in April 2019.

His mother’s name is Christine Dickinson but his father’s name is unknown. He has a brother named Ian Charles. He is openly gay and his parents support him and motivate him to be better.

James holds American citizenship and his ethnicity is Caucasian.

He graduated from Bethlehem Central High School in 2017. During his graduation, he wore a CoverGirl’s slogan “Easy, Breezy, Beautiful”.

He launched his YouTube channel on December 1, 2015, and uploaded videos focusing on makeup. His channel has 13.4 million subscribers and over 1.7 billion views on YouTube.

He became the first male spokesmodel for CoverGirl on October 11, 2016, working alongside brand ambassador Katy Perry. Later in January 2019, he was invited to Bringham, England, to open the company’s second UK store. He did the makeup for Iggy Azalea’s music video shoot for ‘Sally Walker’ in March 2019 and also he made a cameo appearance in the video.

He won the award for the best channel in the Beauty category at the 8th Streamy Awards.

He has an estimated net worth of around $12 million and he has earned that sum of money from his professional career. Also, he gets around $5 million (yearly) as a salary.

He became involved in controversy after he tweeted an offensive joe about Africa and Ebola in February 2017 but he later apologized via a statement.

In March 2017, YouTube makeup artist Thomas Halbert posted screenshots of previous conversations with Charles. He admitted his story regarding his rise in notability was falsified and he originally claimed he had his high school prom photographs retaken with a ring light and it is revealed that he had actually edited the photographs.

Charles’ subscribers dropped by over one million in less than 24 hours. Later, he uploaded a response video and apologized to his fans and both her and her husband.

He has a height of 5 ft. 9 inches and weighs 63 kg. James Charles has brown eyes and black hair. Other information regarding James’ body measurement, shoe size, dress sizes, are not available.