James D'Arcy is an English actor. He is known for Agent Carter and Avengers: Endgame. He is married.

James D’Arcy was previously found to be in a relationship with an English actor Lucy Punch. The couple had started dating since the year of 2002.

But after living a happy relationship for several years the couple broke up in the year 2007 due to some reasons.

As per the sources, he is now married. His wife’s name is Donna. But details about his wedding are not disclosed. This couple is also blessed with children, but their identity has not yet been revealed. 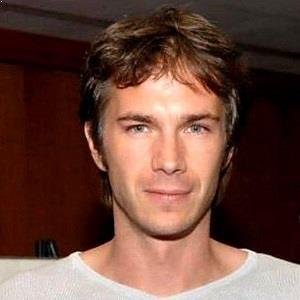 I don't have any expectations as an actor and being rich and famous is not my driving force. I'm not really very ambitious. I'm more interested in enjoying my life and looking after my family than being hugely successful. There are lots of people I admire and respect, but I don't necessarily want to be like them. I'm too happy being myself.

Who is James D’Arcy?

He is also commonly known for the character he portrayed as a villain, a malevolent L.A. crime boss in the action-comedy ‘Let’s Be Cops’.

James was born in Amersham, Buckinghamshire, and raised in Fulham, London. He was born on 24 August 1975 with the birth name Simon Richard D’Arcy. As of 2022, he is 46years old.

Due to the death of his father, he was raised by his mother with his younger sister Charlotte. He has an English ethnic background and his nationality is also English.

He completed his education in 1991 at Christ’s Hospital and moved to Australia to work in the drama department of a school in Perth. Working there he built up a strong interest in acting and joined the London Academy of Music and Drama Art when he returned to London.

He completed a BA in acting in 1995. The day he graduated from the London Academy of Music and Drama (LAMDA), he accidentally left his diploma on the bus.

Being in the London Academy of Music and Drama, he has already appeared in training productions of Heracles, Sherlock Homes, and much more. After his graduation, he took a step to pursue his acting career. He has been active in the entertainment industry since 1996 and is still frequently active.

In the beginning, he started to appear in short roles in television series. With the short appearances, he was successful to impress the fans and critics. He was gaining name, fame, and fan followers. His career took a successful path from 2001 when he got to act in the bigger roles.

He appeared as a lead character in the mini-series Rebel Heart. In 2002, he portrayed the character of young Sherlock Holmes in the television film Sherlock: Case of Evil. In 2003, he appeared in Peter Weir’s Master and Commander: The Far Side of the World as Lt. Tom Pullings which helped him to get much fame. He is also commonly known for the character he portrayed as a villain, a malevolent L.A. crime boss in the action-comedy ‘Let’s Be Cops’.

Besides acting, he also worked for BBC radio dramas including ‘Tress of the d’Urbervillers’, ‘Dracula’, and ‘The Crowded Street’. Later, he appeared on the ABC regular series Agent Carter as Howard’s butler Edwin Jarvis.

As of 2022, his success in acting has paid him well financially making his estimated net worth $4 million. He is currently filming Dunkirk which is soon to be released.

James D’Arcy has not been affected by any major rumors regarding his personal or professional life. No major labels, scandals, or controversies have engulfed him till now.

James D’Arcy is tall with a height of 6 feet 3 inches. He weighs 84 kg and has light brown hair and green eyes.

What is James D'Arcy doing now?

What does D'Arcy mean in French?