James Earl Jones is an American actor. He is also a voice actor who voiced the character, Darth Vader, in the Star Wars film franchise.

James Earl Jones married twice. He married Julienne Marie on January 2, 1968, but the wedding didn’t last long so they decided to separate in 1972.

Then, he married Cecilia Hart on March 15, 1982, the marriage lasted till the death of his wife in 2016. The couple had one child namely, Flynn Earl Jones. 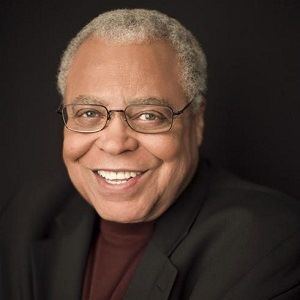 My voice is for hire. My endorsement is not for hire. I will do a voice-over, but I cannot endorse without making a different kind of commitment. My politics are very personal and subjective.: If you take a villain like Thulsa Doom or Darth Vader and have fun with it, that destroys the credibility of the character.: When I read that part in the script where it said, "Luke, I am your father", I thought, "He's lying. I have to see how they carry this lie out.".

Who is James Earl Jones?

He is also a voice actor who voiced the character, Darth Vader, in the Star Wars film franchise.

James Earl Jones was born in Arkabutla, Mississippi, the United States on January 17, 1931, and he is currently 88 years old. His father’s name is Robert Earl Jones and his mother’s name is Ruth Williams Jones.

He had a difficult childhood at his maternal grandparents’ farm and developed a severe stutter. His paternal grandfather was not on good terms with his father, hence they abandoned his father when James was young.

Because of this he became withdrawn and refused to speak to anyone. After he started going to school, he gradually started gaining confidence.

Talking about James’s education history, he attended the Browning School for boys and then graduated from the Brethren High School.

He went to the University of Michigan to study medicine but soon realized that he was not meant to be a doctor and dropped out.

He began his acting career as a stage artist. He started working part-time at the Ramsdell Theatre prior to his military stint. James was a stage carpenter in 1953 and began working as an actor in 1955 when he performed in Shakespeare’s ‘Othello’.

Over the next few years, he acted in many of Shakespeare’s plays like ‘King Lear’, ‘A Midsummer Night’s Dream’, ‘Measure for Measure’ and ‘Hamlet’. He landed his first film role in 1964 when he was cast as Lieutenant Lothar Zogg in Stanley Kubrick’s black comedy ‘Dr. Strangelove’.

He played the lead role in the 1967 play ‘The Great White Hope’ in which he portrayed the boxing champion, Jack Jefferson. The play was highly successful and ran for 546 performances.

Blessed with a deep and distinctive voice, he voiced the character, Darth Vader, in the Star War trilogy: Star Wars (1977), The Empire Strikes Back (1980), and Return of the Jedi (1983). However, he had personally requested to be uncredited for this until 1997.

In the year 1995, he appeared in the television drama series ‘Under One Roof’ which revolved around the lives of three generations of an African-American family that shared a house. He portrayed Rev Stephen Kumalo in the 1995 film ‘Cry, the Beloved Country’ directed by Darrell Roodt. The movie was based on the novel of the same name by Alan Paton.

In the year 1971, he won the Golden Globe Award for New Star of the Year-Actor for the film ‘The Great White Hope’.
He won the Emmy Award for the Outstanding Lead Actor – Drama Series for the television series ‘Gabriel’s Fire’ in 1991. He was presented with the Academy Honorary Award in 2011.

These special awards are given to individuals for motion picture achievements not covered by existing Academy Awards.

This actor has an estimated net worth of around $40 million (as per 2022 data) and he has earned that sum of money from his professional career.

There was a rumor about Jones’s death which was later proved untrue. He is successful in maintaining his life free from rumors and controversies.

James Earl Jones has a height of 6 feet 2 inches but his weight is unknown. His hair color is light and his eye color is brown.