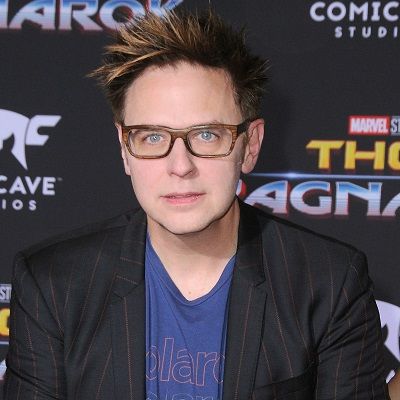 Money doesn't buy happiness, but it does buy happier.

One rule of invention: before you can invent it, you have to imagine it.

It's impossible not to constantly adjust the way you look at yourself.

What is the relationship of James Gunn?

Before, he dated violinist Mia Matsumiya. After their separation, he dated Melissa Syetten.

Previously, James was married to Jenna Fischer, Jenna is an American Actress. They Married on October 7, 2000. They originally met in the St. Louis area through his brother Sean, who acted plays along with Fischer in high school.

Who is James Gunn?

James Gunn is a well-known American Filmmaker and musician. He is known for directing the Marvel superhero movie ‘Guardians of the Galaxy.

James Gunn was born James Francis Gunn Jr. on August 5, 1966, in St. Louis, Missouri, US. He is born to parents Leota and James F. Gunn. He is of Irish and Jewish heritage.

He has also attended two years in an undergraduate film school at Loyola Marymount University, Los Angeles, US.

He also attended graduate school at the Columbia University School of Fine Arts, New York, the US where he studied prose writing.

In 1995, he earned a Master of Fine Arts from Columbia University, New York, US.

In 1989, he founded a band named ‘The Icons’ serving as lead vocalist.

In 1995, he initially began his career in filmmaking with Troma Entertainment, he wrote the independent film Tromeo and Juliet. He worked alongside his mentor Lloyd Kaufman, the co-founder of Troma, he learned how to write screenplays, produce films, scout locations, direct actors, distribute films, and create his own poster art.

In 1998, he and Lloyd Kaufman co-wrote ‘All I Need to Know about Filmmaking I Learned from The Toxic Avenger. In 2000, he wrote a novel, ‘The Toy Collector’.

In 2002, he did his first significant Hollywood screenplay ‘Scooby-Doo’. In 2004, he wrote the screenplays for the remake of ‘Dawn of the Dead’ and the sequel ‘Scooby-Doo 2’.

In 2006, he made his debut as a director in the horror movie Slither, which was included on the Rotten Tomatoes list of the 50 Best-Ever Reviewed Horror Movies.

In 2008, he was a judge on the VH1 reality T.V show Scream Queens, where 10 actresses compete for a role in the film Saw VI, where he directed contestants during acting challenges.

In 2010, he wrote, directed, and acted in the superhero dark comedy film ‘Super’. He also directed the infamous comedy film ‘Movie 43’ which was mocked by the audience as well as the critics.

There have been a number of rumors circulating often about the casting of the Suicide Squad movie. James had clarified them to his online fans whenever he gets an opportunity to do so. He had a number of tweets on sexual assault, AIDS, pedophilia, and the Holocaust written in 2009 which were unearthed in 2018 and led to his firing from the Guardians franchise.

His height is 6 feet. He has blue eyes and light brown hair.