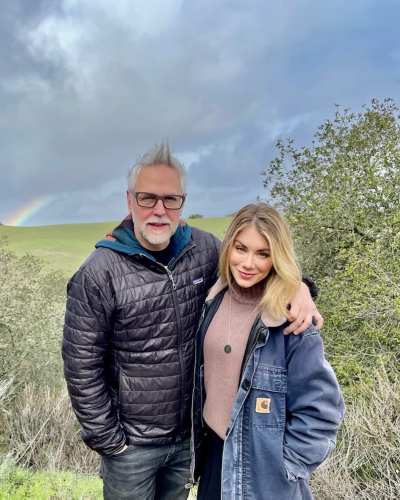 James Gunn, 55, and Jennifer Holland, 35 are taking their relationship to next level after nearly seven years of dating.

Gunn is best known for his directorial on several hits such as the Guardians of the Galaxy series, The Suicide Squad, Peacemaker, and so on.

On the other hand, Holland rose to fame for her role as the no-nonsense government agent Emilia Harcourt in Peacemaker along with co-star John Cena.

Also read “Who is Danny Taylor? Engagement of Daniel Taylor with Shirley Ballas!”

James took to Instagram to share happy news although he only gave a spark of his engagement with actress Jennifer.

On Sunday, February 21, Gunn shares a sweet snap of his now-fiancee in which she fluent her engagement ring while she’s holding a cup of coffee. He captioned simply captioned the post along with winking and red heart emojis.

Right now Gunn’s Instagram comment section has been flooded with congratulatory messages over the post. The actor Viola Davis was among the first to congratulate the happy couple.

Karen Gillan, who plays Nebula in Gunn’s Guardians of the Galaxy movies, wrote,

Similarly, Holland’s Peacemaker co-star Steve Agee commented, “Love you both,” while Ben Davis wrote, ‘Congrats!!!’ and Elan Gale said, ‘Wooooooooo!!!’ along with a slew of emojis.

Just two hours early before James’s post, the actress also posted an adorable image of herself with Gunn. She captioned the posts, “Happiness” alongside some emojis including a heart and rainbow.

Meanwhile, the beautiful couple is obviously looking forward to walking down the aisle soon.

The two met through a mutual friend in 2015 and the rest is history, During the time, Michael was dating one of Holland’s friends.

Holland reminisced about her first date with James,

“We spent like seven hours together and that’s it. That’s how it started.”

After their first met, the couple has also worked together on many projects as he featured Holland as Emilia Harcourt in The Suicide Squad, a role she reprised in the new Peacemaker series for HBO Max.

It will be the second marriage for James as he was previously married to The Office star Jenna Fisher from October 2000 to September 2007. Similarly, he dated violinist Mia Matsumiya.

Also read “All about the engagement of to-be-married couple Dylan Meyer and Kristen Stewart!”

Jennifer Holland is an American actress. Jennifer is known for Sun Records, American Horror Story, and American Pir Presents the Book of Love.

She played the role of Jackie in All the Wrong Places.

In 2021, she is going to be part of the Suicide Squad. Currently, she is known for Season1 of the Television series Peacemaker. See more…

James Gunn is a well-known American Filmmaker and musician. He is known for directing the Marcel Superhero movie ‘Guardians of the Galaxy’. See more… 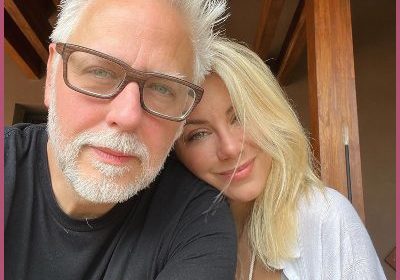