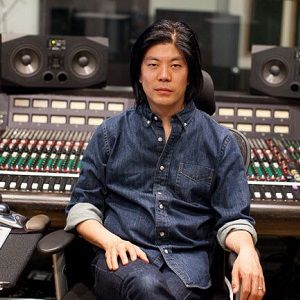 The 50-year-old American musician, James Iha is an unmarried man. Previously, he had a relationship with a couple of girls. However, there is not any information regarding his married life and wife. Although, he has a daughter named Hazel and he has not confirmed her mother.

Initially, he was in a relationship with D’arcy Wretzky at the time of the formation of the band ‘Smashing Pumpkins’. They began dating in 1988 and broke up after three years of relationship in 1991. After a decade, he started going out with Karen Elson and continued their relationship for a couple of years before breaking up in 2003.

In the same year, he was also linked up with Chrissie Carnell. They called it quit quite soon. As per the reports, James is currently single.

Who is James Iha?

James Iha is an alternative rock musician from America. He is widely popular as the founding member and guitarist of the famous rock band ‘Smashing Pumpkins’ along with Billy Corgan, Jimmy Chamberlin, and D’arcy Wretzky. Currently, he is also the member of ‘A Perfect Circle’.

Previously, he has also served in the band Tinted Windows. He rose to fame with the band Smashing Pumpkins with their songs “Today” and “Bullet with Butterfly Wings”.

James was born on March 26, 1968, in, Chicago, Illinois, United States. Talking about his nationality, he is American and his ethnicity is Japanese. He has a younger brother and an elder brother. As a child, he developed his interest towards music and began to learn guitar from the very early age.

James began his music career as a guitarist in the Chicago band Snake Train. During that time, he met Billy Corgan through a friend and formed the band ‘Smashing Pumpkins’.

Later, he also involved in a romantic relationship with band member D’arcy Wretzky. However, they later broke up. Furthermore, he wrote and sang a couple of songs for the band including Blew Away, Bugg Superstar, Take Me Down, Believe, The Boy, and few more.

Along with his bandmate Billy Corgan, he wrote I Am One, Soma, Mayonaise, Plume, and Farewell. He rose to fame with the band Smashing Pumpkins with their songs “Today” and “Bullet with Butterfly Wings”. Later in 20000, he left the band and started working with other bands.

Back in July 2003, he joined the alternative rock band ‘A Perfect Circle’. A year later, he launched the album eMOTIVe as well as also made a huge impact on Blue and Outsider.

Moreover, he also joined the band Vanessa and the O’s and released an EP Plus Rien in Sweden followed by the next album La Ballade d’O. He also launched another two albums Three Sixty and Eat the Elephant in 2013 and 2018 respectively with A Perfect Circle.

In 2009, he worked with Tinted Windows for their album ‘Tinted Windows’. Besides recording music, he has also made several guest appearances including ‘Apartment Life’, ‘Long Distance’, ‘Traffic and Weather’, ‘Colonia’, ‘In the Clear’, and few more. In addition, his second solo album after 1998 Let it Come Down came in 2012 named Look to the Sky.

Being a famous musician, he earns a healthy amount of money from his profession. Currently, he has a staggering amount of net worth of $20 million.

As of now, James has not won any awards in his career. Although, he has been recognized as one of the best guitarists as well as musician.

Although he was also dragged into a controversy as Billy along with founding members of Smashing Pumpkins, James and Jimmy Chamberlin announced the reunite.

Besides this, they didn’t include their bassist D’arcy Wretzky and the news came into the headline. Apart from that, he has never been involved in any controversial stuff.

James has a height of 5 feet 9 inches and his weight is unknown. Moreover, he has a pair of brown eyes and black hair. Apart from that, there is not any information regarding his other body measurements.