Talking about his relationship details, James Jude Courtney is possibly single at the present and he is not dating anyone at the moment. He seems to be focused on his professional life and career.

Moreover, James has not stated his relationship details and affairs news to the public. He has kept his personal profile low-key. 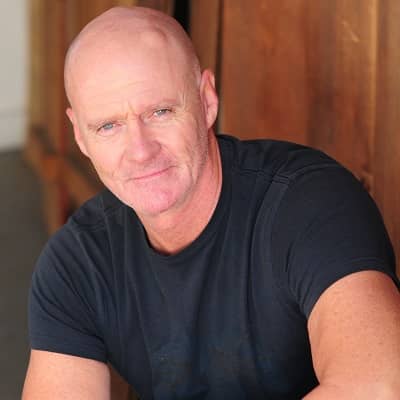 Who is James Jude Courtney?

James Jude Courtney is a well-recognized American actor, stunt double, and stunt performer. Courtney is widely famed for playing the role of serial killer Michael Myers in the 2018 film, Halloween and its 2021 Sequel Halloween Kills.

Moreover, he also portrayed the role of Der Kindestod in Buffy the Vampire Slayer’s episode, Killed By Death.

James Jude Courtney was born on 31 January 1957. At present, his age is 64 years old. Likewise, his birthplace is Garfield Heights, Ohio, USA.

Not much is known about his father and mother’s details, James has been secretive towards his family details. Moreover, he has six brothers and is the eldest of his siblings.

Talking about his nationality, Courtney holds an American identity whereas his ethnicity is Caucasian.

Regarding education, the actor graduated in journalism at the University of South Carolina in 1981. He also studied acting at the Royal Academy of Dramatic Art and was coached by Stella Adler.

James started his acting career in 1989 in The Freeway Maniac and started acting in 2002. He then earned high attention for his role of Der Kindestod in the Buffy the Vampire Slayer episode “Killed by Death”.

Moreover, the star portrayed the role of Michael Myers in David Gordon Green’s horror movie, Halloween, the 2018 sequel to John Carpenter’s 1978 film of the same name. Jude used Carpenter and Castle’s work on the original film to inform how the forty years that transpired between the events of the films would affect the character.

James then mentioned that Castle’s screentime only amounted to a single cameo and that every scene under the mask was done by himself. Soon, the actor was nominated for Best Actor at the 2019 Fangoria Chainsaw Awards for his role on Halloween. The actor then made his comeback to the role for the film’s 2021 sequel, Halloween Kills.

Some of his portrayals in series are Level 9, Halloween, Buffy the Vampire Slayer, Devil in the Flesh, and Halloween Kills.

A famed star, Courtney has earned a handsome amount of money from his profession. He has been active in his profession from the year 1987 till the present.

It is reported that James Jude Courtney has an estimated net worth of $1 million.

James has never been part of any controversial matter or rumors till now. The star has been preoccupied with his professional and private life.

It seems that Courtney prefers enjoying his personal life and does not want to merge it with his professional life.

64 years old star, James has handsome looks and an admirable personality. He stands at a height of 6feet 3inches. Also, he has a balanced body weight of 95kg.

Furthermore, Courtney has dark brown eyes whereas his hair is bald. He wears a shoe size of 11(US).

Regarding his social media presence, James Jude Courtney is an active personality on social media. James has more than  67.4k followers on his official Instagram account @jamesjudecourtney.

He is also active on Twitter with around 14.2k followers.

Moreover, Courtney is also available on Facebook with nearly 9.9k fans and supporters.