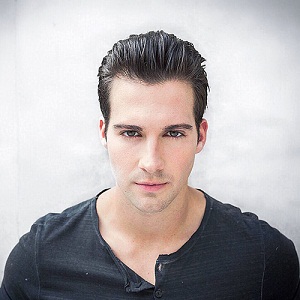 All of my fans are beautiful. Some don't know it, &

that sucks 'cause every girl deserves to know they are beautiful

What should dictate one's life? Money? Fame? No. Friends. Love. Your life's story is formed by those around you. Choose well and share

I tend to stay healthy because I've been eating right and exercising. It makes life so much easier when you're healthy. I also like to challenge myself by making my own physical goals and beating them.

Moving towards his personal life, James met Miranda on the set of Nickelodeon’s iCarly in March 2007 and they reportedly dated together for about two years from that time to February 2009. Later on, Halston and James both appear on the NICK TV shows. They dated from April 2010 to April 2013. James is a private person, confirmed the relationship in April 2012. They have been dating ON and OFF types. In May 2013, he confirmed that the relationship was all over. Again in, James dated an actress, Gage Golightly from February 21, 2011, to November 19, 2011. Now, James Maslow is currently single.

Who is James Maslow?

James Maslow is an American actor, and singer. He is famous for his role in Big Time Rush, as James Diamond.

James Maslow was born in New York, U.S. and raised in La Jolla, California. During his early life, he began his singing career as a member of the San Diego Children’s Choir at age six and played Marius in Les Miserables when he was fourteen. He was graduated from CoSA in 2007 in the musical theater department.

During his career,  he began singing lessons when he was in first grade, performing with the San Diego Children’s Choir. From there, he went on to appear in “La Boheme” with the San Diego Opera. By his mid-teens, he knew he wanted to pursue a career in musical theater, so he secured an agent, and went on to graduate from the Coronado School of the Arts with a focus on Musical Theater. In 2009, after a two-year audition process, he was invited to join a new Disney group called, Big Time Rush.

He has only appeared in TV movies such as The Teen Choice Awards 2009, Nickelodeon Kids’ Choice Awards 2010, 7 Secrets: Big Time Rush in 2010, Macy’s Thanksgiving Day Parade in 2010 and others. The quartet released their first album in 2010. They have since released two more albums. In addition to his work with Big Time Rush, he has also appeared on such shows as “iCarly” and “See Dad Run”. He began competing on “Dancing with the Stars” in February 2014. He has a net worth of $6 million.

There are rumors that he had an affair with his girlfriend named Ciara Hanna and Debby Ryan. James started dating the professional dancer in January 2014 which they were together until May 2014. The relationship was a rumor as none of them confirmed the relationship.

He has a perfect height standing with 6 ft 1 inch tall and his total weight is 82 kg. He has light brown hair with light brown eye color.

James Maslow is married or still single? Moved ahead from dating life and married!!!