Popular for his character of Gunther in the hit sitcom, Friends.

James Michael Tyler, as per the reports is married. His wife’s name is Jennifer Carno but their wedding details are unknown.

Prior to her, he exchanged vows with Barbara Ruth Chadsey in 1995. They started to living separately in 2003. 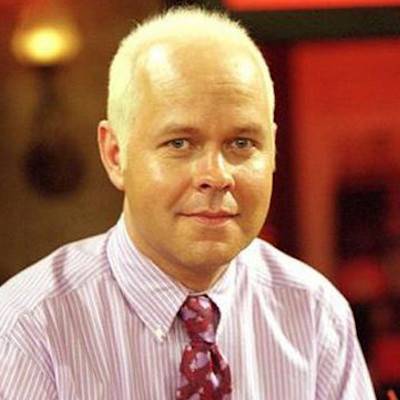 Who is James Michael Tyler?

James Michael Tyler is an American actor. He is most popular for his character of Gunther in the hit sitcom, Friends.

In addition, James is managing Thirdhill Entertainment, a talent management company based in Beverly Hills. He also played one of the main characters of Chad in 2013’s TV series, Modern Music.

On October 24, 2021, he died from the disease at his home in Los Angeles, at age of 59. Tyler was diagnosed with prostate cancer in 2018 but did not publicly disclose his illness until June 2021, shortly after the release of Friends: The Reunion.

He was born on 28 May 1962 in Winona, Mississippi, the United States. The name of his father was Dewitt Eugene Tyler and his mother’s name was Mary Sue Pullen.

His dad was an Air Force captain and he passed away in 1973 due to an accident. His mom was a homemaker and he died due to breast cancer in the same year.

James’s ancestry is Caucasian and has four older siblings. One of his sisters’ names is Linda Tyler Clark.

Regarding academics, he at first attended T. L. Hanna High School. After this, he studied Geology at Clemson University.

Then he achieved his MFA degree from the University of Georgia.

James Michael Tyler became the popular face of the entertainment industry after appearing in the hit sit-com series, Friends. He joined the cast in 1994 till its final season in 2004.

His character Gunther is loved by the public and portrayed the role for 148 episodes. Moreover, he was briefly seen in other shows such as Just Shoot Me! (2000), Sabrina, the Teenage Witch (2001), Scrubs (2005), and more.

Besides this, this actor has also appeared in several big-screen projects. The list of his movies are,

As of 2022, he has accumulated an estimated net worth of around $4 million US. Also, his salary from his singing career is not yet disclosed.

This Friends famed artist is keeping himself away from rumors plus scandals at present.

Regarding James Michael Tyler’s body features, his height is 5 ft 11 inches and his body weight is 68 kg. He has light brown eyes and his natural hair color is dark brown.

However, he is known to the public for his bleached blonde hair in the Friends series. Actually, his hairdresser friend experimented on his hair and turned it into blonde color.

Tyler anyway went to the audition for the show. Fortunately, his unique looks were liked by the producers and he got selected for the role.