James Murray is a comedian who appeared in television series Impractical Jokers along with his other three best friends. James was previously married. 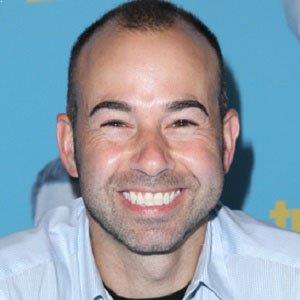 James Murray was married to Jenna Vulcano, sister of his friend, Sal Vulcano, as a stunt for Impractical Jokers. They annulled the marriage the following day. The relationship ended within 24 hours of the wedding.

He is now married to Melyssa Davies. In the year 2019, this couple exchanged rings. Then they exchanged vows on 26 Sep 2020 in Bucks County, Pennsylvania.

Who is James Murray?

James Murray is an American producer, actor, and comedian. James Murray rose to fame as a member of the comedy group The Tenderloins. The group launched a TV show on TruTV called ‘Impractical Jokers’ in 2011.

Murray was born in Staten Island, New York City, New York on May 1, 1976, as James Stephen Murray. Most of the information relating to his early life and parents is not known.

He is of American nationality. Additionally, he is of British ethnic background.

Talking about his education, Murray attended  Monsignor Farrell High School and graduated in 1994. Furthermore, he attended Georgetown University from 1994–1998.

Initially, the group of 4 comedians that form The Tenderloins met each other at a Staten Island High School. The group won a $100,000 prize through a competition on NBC. Eventually, the group launched a TV show on TruTV called ‘Impractical Jokers’ in 2011.

Murray has not revealed his current salary. However, as per the sources, he has an estimated net worth of around $5 million.

Murray’s show ‘Impractical Jokers’ has attracted numerous controversies along its way over the years. People have complained about the show being too childish several times.

Currently, there are no rumors concerning Murray and his career.

Talking about his body measurement, James Murray has a height of 5 feet 11 inches (1.8 m) and weighs 70 kg. Furthermore, his hair color and eye color are dark browns.

James Murray is active over social media. He has a huge number of followers on social networking sites such as Facebook, Twitter as well as Instagram. He has more than 1.02m followers on Twitter.