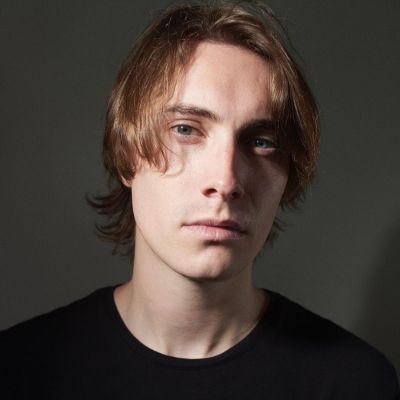 James Paxton is possibly single at the moment. He hasn’t introduced anyone as his girlfriend or lover.

It seems he is more focused on his career rather than being in a romantic relationship.

In further days if he revealed anything about his love life then we will definitely update it.

Who is James Paxton?

James Paxton is an actor from the United States. He is best known for co-starring in the USA Network drama series, Eyewitness as Lukas Waldenbeck.

He is the first child of actor Bill Paxton (father) and Louise Newbury (mother). He has also a sister named Lydia Paxton.

Bill was an actor by profession who passed away on February 25, 2017,  after suffering a fatal stroke following heart surgery at the age of 61.

Talking about his education, he studied British film in London. Prior to that, he studied journalism.

He later moved to Los Angeles to pursue an acting career and joined Vincent Chase Workshop.

In 2003, James made a cameo appearance as ‘Dinky’ Winks Jr. in the spy action comedy-adventure film, Spy Kids 3-D: Game Over. He then appeared in another film, The Greatest Game Ever Played as Young Harry Vardon. In 2013, he starred in a short film, The Playful coach as Cheering Spectator.

Similarly, Paxton made his television debut through the miniseries, Texas Rising where he portrayed the role of Roy. The following year, he was cast in the main role as Lukas Waldenbeck on USA Network crime drama miniseries, Eyewitness. He then guest-starred in several tv series such as Training Day (2017), Mr. Mom (2019), Teenage Badass (2019), Agents of S.H.I.E.L.D (2020), and more.

James won the Best Actor award at Hill Country Film Festival, US for his role in An American in Texas in 2018.

The same year, he has also been nominated for the same category at Deep in the Heart Film Festival.

James has managed to maintain a clean profile to date. He hasn’t been part of any sorts of rumors and controversy that create a huge buzz in the media.

James might have accumulated an impressive amount of wealth throughout his acting profession. However, he hasn’t yet disclosed his precise net worth, salary, and other income in the media.

Talking about his father’s income, Bill had a net worth of $25 million at the time of his death in 2017.

The actor has a lean body physique with a towering height. He stands at the height of 6 feet 3 inches tall. Likewise, he has a blue pair of eyes and brown hair color.

The actor has verified social media sites. He is active on Instagram under the username @thisisjamespaxton where he has more than 45.8k followers.