James Ransone is a happily married guy who in June 2021 welcomed his first child with his wife, Jamie McPhee.

Their wedding details along with their affair are not revealed. He shared the pictures of his son with the public via his Instagram post. The series of photos show how much he loves his kid plus his spouse.

James had a brief romance with actress/model Chloë Sevigny in the year 2008. They were spotted together on several occasions. 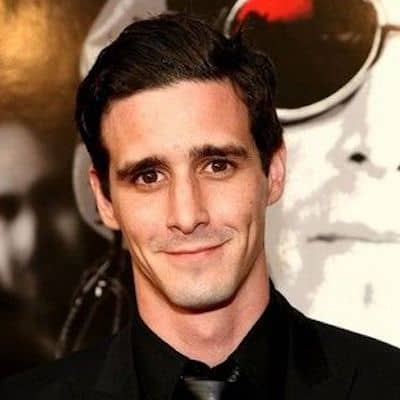 Music is a very, very powerful tool that filmmakers use to sway people into emotions that they intend you to feel.

Anyone who lives like a modern aristocracy, the last thing they exhibit is a sense of gratitude. Me, I'm very fortunate.

Animals are a continuous source of inspiration and wonder to me. I would love to play a dog.

Who is James Ransone?

James Ransone is an actor and musician of American nationality. James Ransone is popular for featuring in The Wire, Generation Kill (2008), Sinister (2012) and Sinister 2 (2015), It Chapter Two, etc.

In 2021, he was seen as Max in The Black Phone, a supernatural horror genre movie directed by Scott Derrickson and inspired by the 2004’s short story. It is about a serial killer, actor  Ethan Hawke who kidnapped Finney Shaw played by Mason Thames.

Further, Chris’s ancestry is a mix of Irish-English-Italian-German, and has a brother named Dave Ransone.

As per his academics, he studied at the George Washington Carver Center for Arts and Technology in Baltimore from 1993 till 1997. Then he enrolled at the School of Visual Arts for just a year.

James Ransone since his debut in 2001, was featured in several movies as well as TV shows. The role that rose his fame was of The Wire (TV Series) as Chester ‘Ziggy’ Sobotka, Generation Kill (TV Mini-Series) as Cpl. Josh Ray Person, SEAL Team (TV Series) as Reiss Julian, etc.

The other notable roles of his are,

Besides this, James has big-screen roles in his bag. He was in hit movies titled,

By the sources of 2022, his net worth is estimated at $3 million. The yearly salary that James charged is under the rug.

This actor of Sinister movie, James is keeping himself away from scandals as well as rumors. But in the past, he was addicted to heroin addiction and was under the debt of $30,000.

However, he overcame this addiction and came clean in 2007. Further, he also revealed about being sexually abused in May 2021 by his math teacher. He reported this to the Baltimore County police in 2020 but they refused to take any action.

James Ransone’s height is 5 ft 9 inches and his body weight is 73 kg. Adding, he has dark brown eyes and hair in dark brown color.