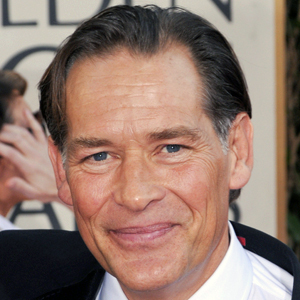 Any good actor is a character actor.

I'm expressing myself by acting. I'm learning about myself and making a living. I hope to do much more of it, so I can contribute my share to the world.

Being a part of 'Sex and the City' was like being at the center of the universe - it was extraordinary.

James Remar has kept his personal life private and out of the spotlight. He usually doesn’t talk about his private life in media and public. However, it is revealed that he is a married man for a long time. He is married to his longtime partner Atsuko Remar. There is no information about their dating history. He has not disclosed his marriage date in media. The couple together has two children named Jason Remar and Lisa Remar. They have been together for a long period of time. He is living a happy lie with his wife and two children. They named their children Jason Remar and Lisa Remar.

Who is James Remar?

James Remar is an American actor and voice actor. He is best known for his role as Richard in Sex and the City and as Ajax in The Warriors (1979). He is also famous for his role as Harry Morgan in the American television crime drama mystery series Dexter (2006-2013). He has appeared in numerous movies and TV films in his career.

James Remar was born as William James Remar on 31 December 1953, in Boston, Massachusetts, USA. His nationality is American and he is of Ashkenazi Jewish and English ethnicity.

He is the son of Elizabeth Mary, a mental health state official originally from West Kirby, England, and S. Roy Remar, an attorney.  His paternal grandparents were Russian Jewish immigrants.  He studied acting at the Neighborhood Playhouse School of the Theatre.

James has been an active member in the industry since the year 1978.  His first acting role was as Larson in On the Yard (1978). The following year, he appeared as Ajax in The Warriors (1979). He spent the majority of his film career playing villains. He played murdering sociopath Albert Ganz in the hit 48 Hrs. (1982).

He was the star of the 1986 film Quiet Cool (1986). He voiced the Autobot Sideswipe in the film Transformers: Dark of the Moon (2011). His television appearances include the series Miami Vice, Hill Street Blues, Sex and the City, Tales from the Crypt, Jericho, Third Watch, Justice League Unlimited, and Battlestar Galactica. He starred as Tiny Bellows on the short-lived television series, The Huntress (2000–2001). He appeared in the miniseries The Grid (2004) as Hudson.

From 2006 to 2013, Remar co-starred in Dexter on Showtime. He was nominated for a Saturn Award for Best Supporting Actor for his portrayal of Dexter Morgan’s adoptive father, Harry Morgan. He also voiced Vilgax in the animated television series Ben 10: Alien Force and Ben 10: Ultimate Alien. He guest-starred in Private Practice in 2010, playing a physician named Gibby. He voiced Cpt. Jason Naperville in the video game Killzone 3 (2011).

James Remar: Salary and Net Worth

He has a net worth of $5 million but her salary is not revealed yet.

James has a height of 5 feet 10 inches and weighs 65kg. Her hair color is brown and her eye color is blue.