James Roday is an American actor, director, and screenwriter. He is best known for starring in the USA Network series Psych. 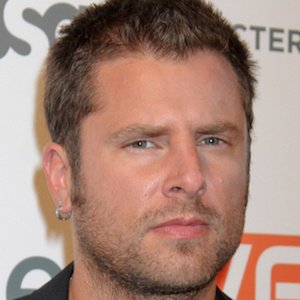 “I think what we do is fairly unique on 'Psych,' and we just have to keep doing that because that's what got us where we are.”

Actors geek out over athletes. Everyone knows that.

Kids love watching adults act like children. It's that spirit they can relate to.

James Roday is currently possibly single. He has been dating his co-star of ‘Psych’, Maggie Lawson and they had been in an affair for almost seven years.

They first met each other on the sets of Psych in 2006. But, he and his girlfriend were separated after dating for seven years for some undisclosed reason. It is heard that they again reunited in the movie ‘Psych: The Movie’.

Who is James Roday?

James Roday is an American actor, writer, and director. His birth name is  James David Rodriguez. He is best known for his work in the US Network’s TV Series ‘Psych’.

James Roday has been nominated several times for his performance. He had made his appearance in several movies and television series as well.

His dada is a retired Air Force Master Sergent. He was raised along with his sister, Lisette Rodriguez and he does not have any brothers.

His ethnicity is Mixed(Mexican, English, Irish, Scottish, distant Swiss-German) and his nationality is American. He loves juicy fruit gub. During his early life, he was a member of the band, Dogberry.

He completed his schooling at Taft High School in San Antonio and later he completed his Bachelor’s Degree from New York University’s Theater Wing in fine arts.

He made his debut in the romantic comedy movie ‘Coming Soon’ in 1999 as an actor. James also made his Tv debut in the series ‘Ryan Caulfield: Year One in the same year. He played the role of Shawn Spencer on USA Network’s detective comedy series ‘Psych’ and he was recognized more after that role.

James started his directing career debut in the TV series ‘Psych’ in 2009 and his writing debut in the video game series ‘Driver’ in 2002.  His famous works are ‘Gravy’, ‘Skinwalkers’, ‘Rush Hour,  and ‘Psych: The Movie’. He has directed and wrote his latest project ‘Treehouse’.

Currently, he is working as Gray Mendez in ‘A Million Little Things’ which comes in ABC’s upcoming American family drama.

He was nominated for Satellite Awards, NCLR Awards, and EWwy Awards for his performance in the Tv series ‘Psych’.

It is estimated that this actor has a net worth of around $10 million. As per some sources, he has an average salary ranging from $150k to $1 million.

There is a rumor that he has been reunited with his ex-girlfriend, Maggie Lawson but there is no proof. It is under review.

He is also rumored to be with Mandy Moore.

James Roday has a height of 5 ft. 9 inches and he weighs 54 kg.  he has brown hair and hazel eyes. Other information about his body measurement is not available.

To know more about Dominick Brascia,  Noah Baumbach, and Justin Hurwitz, please click on the link.