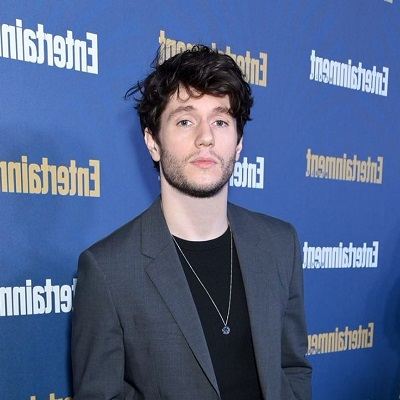 James Scully’s current relationship status is possibly single. There is no information about him dating.

His Instagram post on the 13th of September 2019 suggests a slight hint that he is love with a boy named Clark. However, he had not met it official yet which is creating confusion among his Instagram followers.

Perhaps, he might be waiting for the love of his life.

Apart from that, he shares a deep friendship with Meagan.

Who is James Scully?

American James Scully is an actor. Scully is renowned as JD of Heathers and Forty Quinn of You.

Last, in 2020, he appeared in the crime mystery, The Last Thing He Wanted as Sloppy Reporter.

Next, in 2021, he will be continuing his character in the series, You.

James Scully was born James Nicholas Scully on the 19th of April 1992 in San Antonio, Texas. His father is in the Air force.

He has two elder siblings. They are of Irish ancestry.

While talking about her childhood, he spent a certain time interval of his childhood in England. As after his birth, they moved to there.

Later they returned to their home in the United States.

He joined Driscoll Middle School. After that, in 2010, he joined the North East School of the Arts.

Later, he graduated from the Otterbein University in Westerville, Ohio with Honors in the Fine Arts in musical theater.

– The actor was always passionate about acting from his childhood and loved the concept of performing. Following his passion, he has joined theater as an actor. At the time, he performed in the Off-Broadway.

– Working in the field of acting, in 2016, he debuted on the TV with the TV series, Sublets. However, in the series, the character had a very short TV screen time as a party guest.

– After that, in 2017, he appeared in the TV series, Quantico as Tate for an episode.

– In 2018, his career took a great turn for good when he was cast in the TV series, Heathers. In the crime comedy, he portrayed the character of JD.

– Following the first successful TV, he debuted in the movie, Straight Up as a led character of Ryder. The movie was also nominated for American Independence Competition in Cleveland International Film Festival.

– Later, he appeared in the series You as Forty Quinn. He continued the character of Forty for the two seasons. Also, he is continuing the character in the third season too.

– Apart from the series and movie, he is also active in the commercials too that include commercials of Outback Steakhouse.

Despite his early career in the acting field, he has made a net worth of $1 million that includes his car.

As an actor, his earnings are in the range of $19k to $208k. Apart from that, he also earns through commercials too.

He has brown eyes with black hair. His height is 5 feet and 8 inches and weighs around 64 kg.

Till the date, he has not been a part of any sort of controversy that created a buzz in the media.