James Todd Spader is an American actor and producer. James is dating Leslie Stefanson and a father of three. 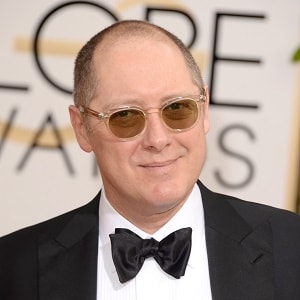 “I'm not someone so much interested in exploring a slice of life unless that is down the corridor, around the corner, up the alley, and down the rabbit hole. That, I like’.

James Spader is dating. In 2002, he made his relationship with Leslie Stefanson and they welcomed a son named Nathaneal in August 2008. Now they are enjoying their relationship and there is no sign of separation.

Previously, he was married. His ex-wife’s name is Victoria Kheel. They got married in 1987 and they were blessed with two children named Elijah and Sebastian Spader. They separated after 17 years in 2004 due to an undisclosed reason.

Who is James Spader?

James Spader is an American actor and he is recognized for portraying eccentric characters in films.

He has performed in films such as ‘Stargate’, ‘Sex, Lies, and Videotape’ and he has also played different roles in television.

He was born on February 7, 1960, in Boston, Massachusetts, USA. His father’s name is Jean and his mother’s name is Stoddard Greenward “Todd” Spader. They were both teachers.

His birth sign is Aquarius and his ethnicity is Mixed(English, Scottish, French, Dutch, German, Swiss-German, and Norwegian). His other childhood information is under review.

James Spader debuted from the movie ‘Endless Love’  in 1981 where he played a vital role and he continued his career with the television series ‘The Family Tree’ in 1983. He was seen in supporting roles in films ‘Baby Boo’ and ‘Wall Street’.

In 1989, ‘Sex, Lies and Videotape’ released and his role of Graham Dalton gave him Best Actor Award. He performed his acting skills in movies ‘White Palace’, ‘The Music of Chance’, ‘Stargate’, Seinfeld’, ‘Supernova’, The Pentagon Papers’ and so on.

He essayed the character of W.N. Bilbo in Steven Spielberg’s movie ‘Lincoln’, and from 2013 till now he has been playing for ‘The Blacklist’.

James was awarded Outstanding Lead Actor in Drama Series for Boston Legal in 2005 and 2007. Also, he was awarded the same title for the series The Practice in 1997 and for Best Film Critics Circle Awards for Lincoln.

It is expected that he has a net worth of $10 million. His earnings are from movies and television series. He reportedly earns $125 thousand per episode of the series ‘The Blacklist’.

Once there was a hoax that he died and his hundred fans started writing their messages of condolence on the Facebook page but it was completely wrong.

James Spader is very tall and handsome. He has a height of 5 ft 10 inches and he weighs 73 kg. He has got light brown bald hair and he has blue eyes and wears a shoe of size 9(US).