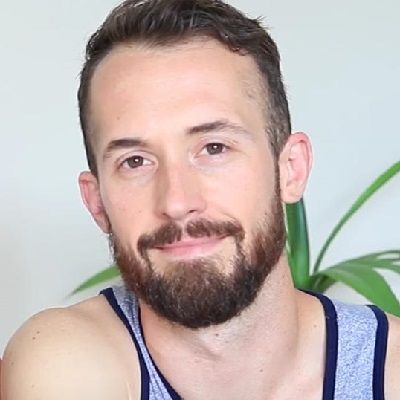 James Stauffer is a married man. His wife, Myka Stauffer is a YouTube personality renowned for her blogging. The couple got married in July 2014.

The lovebird first met via the dating app, OK CUPID at the brewery in Cincinnati. Together, the couple has four children including two daughters, Nakova and Jaka, and sons Radley and Onyx.

Also, in 2017, they adopted a child named Huxley. However, he is now in a new home with better facilities to overcome his autism and a sensory processing disorder.

Who is James Stauffer?

American James Stauffer is a self-employed mechanical engineer and YouTuber. He is renowned for his YouTube channel, The Stauffer Life.

He is also the owner of Stauffer Garage and Fox Clean.

James Stauffer was born on the 21st of July 1985 in the United States. He is of Germanic ethnicity.

Till the date, he has not shared any details about her mother, father, and siblings.

Talking about the educational background, he is a mechanical engineer. In 2010, he earned an engineering degree from the University of Central Florida.

During University days, James Stauffer started his career with ABC Companies as a diesel mechanic. He worked with the company till June 2006 starting in February 2004.

After that, he joined Horizon Coach as an assistant manager. The same year, he also joined 911 repair as a diesel mechanic and worked for the firm for two years.

Also, he became the automation technician for PEO STRI for 8 months. Moving forward, he was associated with Cummins Inc for around 8 years. In the firm, he worked as Techincal Specialist, Off-Highway Senior Applications engineer.

Currently, he is the owner of the Fox Clean and Stauffer Garage.

He began his YouTube career in late 2012 with his channel, The Stauffer Life. In the channel, he used to share his daily lives with his family. Also, he documented the adaption process of his son, Huxley that took place in 2017. However, the channel is not

Moving forward, he created another Youtube Channel, Stauffer Garage that shares the tricks, tips, and tutorials regarding car interior, cleaning, and many more.

Through his career, he has an estimated net worth of $700k. Also, he owns a house at Columbus, Ohio along with his wife that worth $670k.

His salary as a mechanical engineer is in the range of $52k to $101k. Besides that, his YouTube channel, Stauffer Garage makes $10k – $160.1k yearly. Apart from that, he also earns through his business ventures too.

He and his wife are extremely popular for his YouTube vlogs. Especially for the adaption process of his son, Huxley Stauffer whom they adopted from China. Huxley has a developmental disorder, Autism.

The couple faced backlashed from their viewers when they decided to rehome their son and made the announcement via YouTube video. The video was made private when it received worldwide condemnation.

His wife, Myka has defended their decision statements stating that Huxley is doing good well and his new mom is professionally trained too.

James Stauffer has brown eyes with brown hair. He has a decent height and weight. However, details about his body stats are not available.