Art collector-businessman James Stunt is a father of three.

Previously, he was married to the model and fashion designer, Petra Ecclestone. The wedding took place on the 27th of August 2011 at Odescalchi Castle in Rome, Italy following the Italian ceremony.

The former couple brought $85 million worth of the house in Spelling Manor. Later, they sold the house in 2019 for $120 million.

Later, in 2017, they got separated from each other via divorce.

Together, they had three children including a daughter, Lavinia Stunt (born: Febuary 2013), and two twin sons; James and Andrew (born: April 2015). 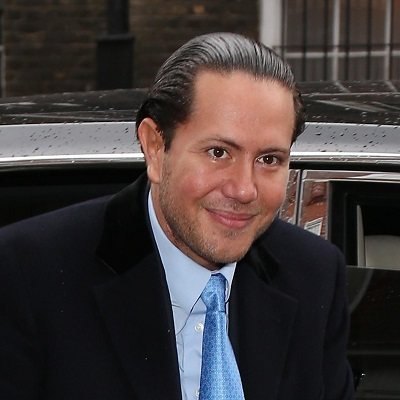 Who is James Stunt?

James Stunt is a business tycoon and art collector. He is renowned for his successful business ventures including Stunt & Co.

Apart from that, he is also popular for his expensive collection of cars and paintings.

James Stunt was born on the 21st of January 1982 in London to an elite business class family. He is 40 years old. Later, he was brought up in Virginia Water, Surrey. His birth name is James Robert Frederick Stunt. He is of British-Irish ethnicity.

His father, Geoffrey Stunt, and mother, Lorraine Stunt are business personalities. Geoffrey is a publishing director by profession.

Talking about his educational background, he attended the Bradfield College in Bradfield. Later, he joined Regents American College London to study business.

As of now, he is serving ad the CEO and Chairman of Stunt & Co. Ltd. The business specializes in the metal business including procuring, refining, and sales.

As of 2021, he has an estimated net worth of $10 million. As a business executive, his earnings are in the range of $36k to $414k. Besides that, he also makes through his business ventures too.

He owns a huge collection of cars that includes 3 Lamborghinis, 5 Rolls Royces, and a Vintage Ferrari 250 LM.

Besides that, he is also an avid art collector too. Back, in 2013, he bought one of the most expensive paintings of Van Dyck worths around £12.5 million.

Apart from that, he also brought Marc Quinn’s sculpture, Self that is worth $12 million.

In late 2019, his former father-in-law Bernie sued him for the unpaid debt of $100k that is related to his gold business. Apart from that, his landlord sued him as he fell to pay the rent of his business office.

In June 2019, he appealed to British Court for the Bankrupt. At the time, he had more than $6 million in intermediate debt. Other official court documents suggested that the debt is totals be around $18 million.

Such debts include the money that he owes to his legal departments, former bodyguards, gambling firms, and so on.

However, his legal departments claim that he is extremely rich. At the current state, he is not able the access his funds for the police investigation.

In December 2019, his ex-wife, Petra made senior allegations to him. Through the post, she revealed that all of his cars including the Lamborghini are fake. Also, she said he is narcissistic who is obsessed with his money.

You may also read the bio of Robert F Kennedy, Sumner Redstone, and Meredith Giangrande.