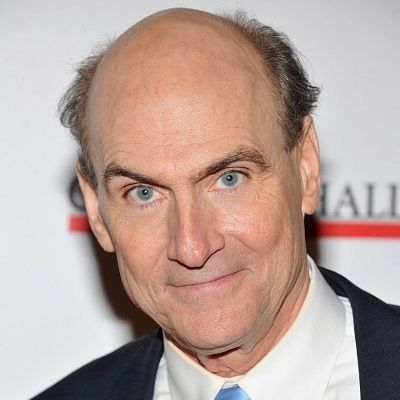 People should watch out for three things: avoid a major addiction, don't get so deeply into debt that it controls your life, and don't start a family before you're ready to settle down.

I don't take compliments very easily. I think most musicians suffer from low self-esteem to some extent.

What I've always done as an entertainer is trying to come up with things that people will find interesting, or compelling, or humorous.

James Taylor got married to his fellow singer-songwriter Carly Simon on November 3, 1972. They have two children, Ben, and Sally who are also aspiring musicians. The couple divorced in 1983.

Moreover, Taylor wed for the third time marrying Caroline ‘Kim’ Smedvig on February 18, 2001. They presently live in the town of Washington, Massachusetts with their twin sons, Rufus and Henry.

Who is James Taylor?

James Taylor is an American singer-songwriter and guitarist. Likely, he was inducted into the Rock and Roll Hall of Fame in 2000.

Similarly, he is one of the best-selling music artists of all time, having sold more than 100 million records worldwide.

James Taylor was born in Boston, Massachusetts, the United States on March 12, 1948. His birth name is  James Vernon Taylor.

His father’s name is Isaac M. Taylor ( resident physician) who came from a well-off family of Southern Scottish ancestry, and his mother’s name is Gertrude Woodard (aspiring opera singer).

He has three brothers, Alex, Livingston and Hugh, and one sister, Kate. His siblings all became musicians and recorded albums of their own. James holds American citizenship and mixed (English- Scottish- Welsh) ethnicity.

Talking about his profession, during 1966, James Taylor formed a new group called The Flying Machines, with Kortchmar and Joel O’ Brien. The band played some of Taylor’s songs that he had written in the hospital like ‘Knocking ‘Round the Zoo’, ‘Don’t Talk Now’, and ‘The Blues Is Just a Bad Dream’.

They released one single, ‘Brighten Your Night with My Day’ written by Taylor but it did not do well and the band broke up in the spring of 1967.

Additionally, he became addicted to heroin and moved to London to recover where he got in touch with Peter Asher who was working for Apple Records. Whereas he released his debut solo album, ‘James Taylor’ in the U.K in 1968 and in the U.S. in 1969 but it did not do well. Then, after an unfortunate accident in July 1969 which forced him to take a break from playing music, he signed a new deal with Warner Bros. Records.

James also released two albums during the new millennium—‘October Road’ (2002) and ‘Covers’ (2008)—both of which reached No. 4 in the U.S. Billboard 200. In March 2010, he commenced on the Troubadour Reunion Tour with Carole King and members of his original band, including Russ Kunkel, Leland Sklar, and Danny Kortchmar.
He also performed ‘America the Beautiful’ for President Obama’s second inauguration.

James Taylor has an estimated net worth of around $60 million and he has earned that sum of money from his professional career.

Till the date, he has not been the part of controversy and rumor. He is maintaining his personal life properly. He is far from rumors and controversies.

James Taylor has a height of 6 feet 3 inches and he weighs is 89Kg. James’s hair color is dark brown and his eyes color is light brown.

Furthermore, his dress size is unknown and his shoe size is 12 (US).