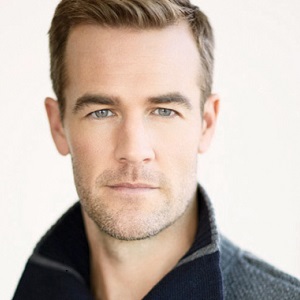 The ego certainly is the biggest obstacle as an artist or performer, so any chance you get to destroy that is really healthy.

I've always been a clown trapped in a leading man's body.

James Van Der Beek is married as of now. He has been married twice in his life. Currently, he is married to Kimberly Brook. She is a business consultant. The couple tied the knot on August 1, 2010. The marital ceremony took place at the Kabbalah Center near Dizengoff Plaza in Tel Aviv, Israel.

They are happily living enjoying each other’s company and have five children together. They are daughters; Olivia, Gwendolyn, Emilia, Annabel Leah, and a son Joshua.

Before this marriage, he was married to actress, Heather McComb. They got married on July 5, 2003. But the things didn’t work out between them and they separated in April 2009. After filing for divorce on November 20, 2009, they finally got divorced on March 31, 2010. The divorce was finally enforced from June 3, 2010.

Who is James Van Der Beek?

Connecticut-born James Van Der Beek is a talented actor. He is active in the acting industry since 1993. Presently, he is a prominent figure in the media for appearing in Warner Bros. TV series, “Dawson’s Creek”. He played the character of Dawson Leery in the series. Additionally, he is also famous for starring as a fictionalized version of himself on a sitcom, “Don’t Trust the B—- in Apartment 23”.

James Van Der Beek was born in the city of Cheshire in the state of Connecticut on March 8, 1977. He possesses American nationality and ethnicity is Dutch.

His birth name is James David Van Der Beek. He was born to parents, Melinda Weber, and James William Van Der Beek. His father was a former professional baseball pitcher and an executive of a cellular phone company. And his mother was a former dancer and gymnastics teacher. He belongs to Dutch descent from his father side. He was interested in acting from a young age.

As per his education or academic achievement, he attended some high school. Afterward, he attended Drew University for his further education.

James moved to New York City at the age of 15 to pursue an acting career. The next year in 1993, he made his acting debut in the Edward Albee’s play, “Finding the Sun”. He also acted in another play named, “Shenandoah”.

In 1993, he also made his TV debut in an episode of a TV series, “Clarissa Explains It All”. Afterward, in 1995, he featured in another TV series, “As the World Turns”. He kept on playing minor roles and waiting for his opportunity. Consequently, he joined the cast of “Dawson’s Creek” and played the main role from 1998 to 2003. Afterward, his fame rose to the top level after he played the role of Dawson Leery in that series.

Contrary to TV, he made his debut in film in a 1995 film, “Angus”. Additionally, he starred in movies like, “Texas Rangers”, “Stolen”, “Varsity Blues”, “The rules of Attraction”, and others. Similarly, he featured in several TV projects like, “Don’t Trust the B—- in Apartment 23”, “CSI: Cyber”, and others.

James focuses on his career and avoids media controversies. Presently, there are no rumors that surround his personal or professional life.

James Van Der Beek has a height of 6 feet and weighs 75kg. His hair color is golden brown and eye color is blue. His shoe size is 10.5(US).